The bill will create a Senior Investor Protection Grant Program to be implemented by the SEC, which will work closely with state securities regulators to protect investors. The bill will help invest $10 million annually for the hiring of new investigative staff, help invest in technology and training for law enforcement and regulators and educate seniors on financial fraud.

Now voted out of the House Financial Services Committee and reported favorably, the bill can be considered by the full House.

According to a report from the Senate Special Committee on Aging released last Congress, older Americans lose approximately $3 billion each year to financial scams and abuse. A separate survey from the Investor Protection Trust found that approximately seven million Americans have reported being victims of exploitation. Additionally, only one in every twenty-four cases of elder abuse actually gets reported.

“More than 2.5 million Americans have been targeted by scammers impersonating IRS officials — costing more than 15,800 taxpayers at least $80 million since 2013. With this bill, we’re doing something about it,” Gottheimer said. “Our seniors have given so much to this country. We should always have their backs and help protect them from predators who want to take advantage of them. It is incumbent on us to protect them from scammers and abuse.”

“I would like to thank Mr. Gottheimer for his work on this important topic, and frankly, the majority staff working with the minority staff to make this a bipartisan bill…  we all believe fraud is wrong, we all believe that,” said Congressman Huizenga (MI-2) during the House Financial Services Committee markup. “Protecting investors, especially those most vulnerable to fraud and crime is a bipartisan issue… It’s especially important that we protect this population [Americans over the age of 65] against fraud and punish bad actors.” 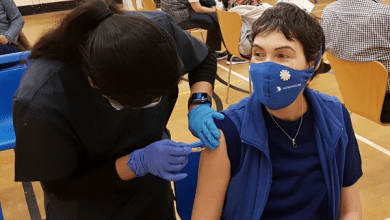