The $641 million in settlement funds will be paid through 2038 and will fund state and local programs focused on treatment, prevention, and other strategies to combat the opioid epidemic in the state.

The commitment to using the funds to bolster New Jersey’s response to the opioid epidemic is one part of a new agreement — between the State, its counties, and its municipalities — which addresses how the money will be allocated. Under that agreement, almost all of the $641 million will be divided evenly—with 50 percent going to the State and 50 percent going to counties and municipalities—and spent on strategies to reduce the opioid epidemic’s ongoing harms to residents and communities.

“No amount of money could undo the harms that the opioid epidemic has caused to too many New Jerseyans,” Platkin said. “But these historic settlements will bring hundreds of millions of dollars into our state to support lifesaving drug prevention, harm reduction, treatment, and recovery programs, and will require these drug companies to change their business practices so that this does not happen again. I am proud of the attorneys and investigators in the Department of Law and Public Safety who helped deliver these settlement funds to New Jersey.”

Nationwide settlement agreements with the four companies – which require the companies to change their business practices and provide for up to $26 billion in monetary payments to resolve claims by thousands of government entities – were announced in July 2021. Under the nationwide settlement agreements, the amount dedicated to each participating State depends on the level of participation among its county and municipal governments that have populations over 10,000 or that have filed lawsuits against the companies.

New Jersey announced its participation in the opioid settlements in August 2021, and eligible counties and municipalities were given until January 26, 2022 to sign on. During that time, state, county, and local officials worked together to ensure that New Jersey would receive the maximum possible benefit from the settlements, with assistance from the New Jersey State League of Municipalities and New Jersey Association of Counties.

That effort – which included the agreement between the State and its counties and municipalities over distribution of the funds – was a success. New Jersey achieved 100 percent participation among its 21 counties and 241 relevant municipalities, entitling the State to the maximum recovery available under the nationwide settlement agreements.

The defendant companies announced their formal acceptance of the settlements last month.

“The opioid settlement will bolster our critical opioid use disorder resources and programs, which will strengthen our ability to save lives by preventing overdose deaths and connecting New Jerseyans to supports and treatment when they need it most,” said Human Services Assistant Commissioner Valerie Mielke, who directs the Department’s Division of Mental Health and Addiction Services. “We are being innovative when it comes to addressing this crisis, from finding ways to close the treatment gap experienced by Black residents through cultural competency training for opioid treatment providers to helping our mental health programs treat individuals with a co-occurring substance use disorder. Our shared goal, always, is to save lives.” 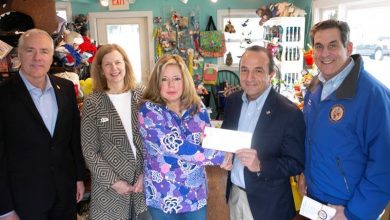