“As we were starkly reminded by the horrific shootings last week in Atlanta, our country has a hate problem,” Murphy said. “And the data we just released in New Jersey shows that we are not immune to it. We held a roundtable today because we need to talk about this problem and tackle it head on. We’re taking the lead through innovative initiatives to allow us to identify the sources of bias and intolerance, and to take the right steps to eradicate hate in our wonderfully diverse state. We’re committed to protecting our residents and making New Jersey safer, stronger, and fairer.”

“Today’s reporting should serve as a wake-up call to all of us that we must redouble our efforts to push back against this rising tide of hate and intolerance we’ve been experiencing not just in our country, but also in the Garden State,” Grewal said. “While the conduct of many of our leaders and the failure of social media platforms to take adequate action have helped fuel this rise, in New Jersey we are doing all we can to not allow hate to become normalized. By raising awareness as we are today and through our increased enforcement and education efforts, I am confident that we will begin to see these alarming trends reverse course.”

“The fight to stop Asian hate starts with lifting up Asian voices. The pain of discrimination has been felt by so many across our state and country, and last week’s murders were a stark example of the high cost of inaction,” Kim said. “I want to thank Governor Murphy and Attorney General Grewal for joining me in lifting up the stories of AAPI New Jerseyans. Being heard is an important step towards healing and towards the solutions we need right now to put an end to these horrible acts.”

“Although bias incidents are trending in the wrong direction, the law enforcement community in New Jersey is moving in the right direction by implementing a variety of proactive initiatives to combat hate and intolerance, which includes an increase in the frequency of publishing bias data, educational programs, and an online reporting portal to make it easier for residents to report bias incidents,” Callahan said. “Earlier this year, the New Jersey State Police reaffirmed its commitment to treat all of the residents of our diverse state with professionalism and compassion by establishing the Office of Employee Relations and Community Outreach. This new office is comprised of aligned units that will allow us to expand our outreach capabilities throughout the state, and our newly-created Diversity and Inclusion Unit—the first of its kind in our 100-year history—will be spearheading outreach to underserved communities and implementing strategic inclusion initiatives for both our enlisted and civilian members and our communities throughout the state.”

According to the preliminary data announced Tuesday by Attorney General Grewal and Colonel Callahan, 1,441 bias incidents were reported to New Jersey law enforcement in 2020, representing the highest annual total reported since bias crimes reporting standards were enacted in 1991. The Attorney General also announced steps that his office will be taking to make more data on bias incidents available to the public, including by beginning to release data monthly instead of annually.

The preliminary figure of 1,441 bias incidents in 2020 was compiled as part of the New Jersey Uniform Crime Reporting (UCR) System, which is operated by the New Jersey State Police to track crime rates in the state. By law, every state, county, and local law enforcement agency must submit information to the UCR System on any bias incident reported to them. The Attorney General’s Office and State Police intend to release additional preliminary 2020 data in the near future, to be followed later this year by a comprehensive report on the final data on all 2020 reported bias incidents.

To continue to shine a light on the problem, the Office of the Attorney General and the State Police also announced today that they will begin releasing bias incident data monthly, as opposed to annually, to give the public access to this data on a rolling basis going forward. The first monthly release will occur in April 2021 and will be available online to researchers, reporters, and members of the public.

New Jersey has taken a variety of steps to improve our response to bias incidents and proactively root out hate and intolerance, some of which are described below:

For purposes of UCR reporting, a “bias incident” is a suspected or confirmed violation of New Jersey’s bias intimidation statute, N.J.S.A. 2C:16-1(a)(1) or (2), in which a victim is subjected to harassment, assault, terroristic threats, or other specified acts “because of race, color, religion, gender, disability, sexual orientation, gender identity or expression, national origin, or ethnicity.”

Because the data captures only reported bias incidents, it is under-inclusive in that it does not capture incidents that were never reported to law enforcement. According to a report from the U.S. Department of Justice, over half of the victims of hate crimes in the U.S. from 2011 to 2015 did not report them. 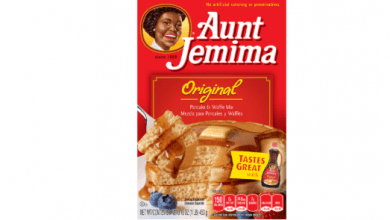