NEW JERSEY – With the signing of the Fiscal Year 2021 Appropriations Act Tuesday, the Murphy Administration extended a critical lifeline to an additional 60,000 New Jersey residents by expanding the minimum age of eligibility for the New Jersey Earned Income Tax Credit (NJEITC) from 25 years of age to 21.

The EITC is considered one of the most effective tools for supporting working families and lifting people out of poverty. Additionally, the FY 2021 budget also boosts the amount of the NJEITC to 40 percent of the federal credit, completing the third of three phased-in increases under a 2018 law signed by Governor Phil Murphy. This latest increase will put an average of $882 back into taxpayers’ pockets.

The EITC expansion is part of the Murphy Administration’s goal of addressing income inequality through tax fairness initiatives. This year’s budget also includes a true millionaire’s tax that will help support middle class tax rebates, as well as the exemption of combat pay from income taxes. These efforts build upon previous tax fairness initiatives established by the Murphy Administration, including the New Jersey Child and Dependent Care Tax Credit and the doubling of the Income Tax Exemption for Veterans to $6,000.

“Creating a tax code that works for everyone is one of the most effective tools we have to make New Jersey a stronger and fairer state. This expansion of the EITC to more residents takes on an added urgency as it will put more money in the pockets of our lower and middle-income families as they continue to face the harsh realities of the COVID-19 pandemic,” Murphy said.

Despite the growth in value of the tax credit over the last three years, it is estimated that nearly a quarter of eligible taxpayers do not apply for the credit. In tax year 2017, 590,000 New Jersey residents received an EITC, but up to 25 percent of eligible residents did not file an application.

“The increase in eligibility and amount of the Earned Income Tax Credit could not come at a better time, especially for lower- and moderate-income families, who we know have been hardest hit by the COVID-19 pandemic,” State Treasurer Elizabeth Maher Muoio said. “Providing hardworking New Jerseyans with a potential lifeline during these difficult times is of the utmost importance.”

“Expanding the Earned Income Tax Credit is an important step toward creating a fairer tax code for all residents in the state, regardless of their age or income,” said Vineeta Kapahi, Policy Analyst at New Jersey Policy Perspective (NJPP). “By lowering the age limit for the tax credit, this legislation will provide a much needed boost for young adults as they begin their careers. When young workers have more money to spend on basic needs — like transportation, utility bills, and groceries — the broader economy is stronger as a result.”

“When families and individuals receive crucial funds like the Earned Income Tax Credit, research shows they spend it immediately and in the community on things they need, thereby boosting our state’s economy. The EITC could mean the difference between being able to remain in your home as a result of lost wages during the pandemic, paying high utility bills in the winter, or completing a costly car repair to continue to get to work,” said Renee Koubiadis, Executive Director of the Anti-Poverty Network of New Jersey. “The EITC has been one of the most successful anti-poverty programs in our country’s history and helps reduce racial inequalities. By increasing the state EITC to 40 percent of the federal rate and expanding access to low-wage workers ages 21-24, New Jersey is providing access to many more people at a critical time to keep them from falling into poverty.”

To be eligible for the NJEITC, a taxpayer must: 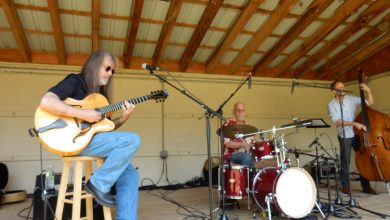