NEW JERSEY – Governor Phil Murphy Tuesday signed an executive order creating a commission charged with advising the administration on the timing and preparation for New Jersey’s recovery from the COVID-19 shutdown.

The Governor’s Restart and Recovery Commission will be comprised of 21 members, all with a vast wealth of experience in health care, business, finance, academics, and economics and will be chaired by Princeton Professor and former University President Shirley Tilghman and Ken Frazier, Chief Executive Officer of Merck and Co., Inc.

“With this task force we are bringing together some of the sharpest minds our state and nation have to offer,” Murphy said.  “As I have said from the start, public health creates economic health and these individuals will help us decide when and how to restart the economy to best benefit both.”

The Commission will begin virtual meetings immediately as the administration tackles the work of restarting the state and putting New Jerseyans back to work. Among the Commission’s first tasks will be to advise the governor on the timing of the restart as it aligns with predetermined public health metrics.

“I am eager to participate in Governor Murphy’s Restart and Recovery Commission,” Tilghman said.  “Reinvigorating the economy of New Jersey while protecting the safety and health of its residents is the most important challenge we now face.”

“In this challenging and unprecedented time, it is clear that COVID-19 poses serious threats to the health and well-being of people and businesses including those in New Jersey. As a company proudly headquartered in New Jersey, Merck recognizes our responsibility to help the state respond to this pandemic.” Frazier said. “I am confident that with input from thoughtful people, including scientific and healthcare experts, we will be able to recommend a responsible path forward to reopen the economy while continuing to keep New Jersey citizens safe. Together, we will win this fight against the viral outbreak.”

Among the major issues to be addressed by the Commission will be immediate questions surrounding the safe restart of society. The Commission will also address both short-term and long-term economic issues as well as areas such as public health, workforce issues, and transportation. The Commission will develop strategies for how the State and Federal government can support the economic recovery of the private sector and identify critical needs for federal support and intervention. Members will advise the administration on potential investments that will speed the recovery and position New Jersey’s economy for long-term success.  Where possible, the Commission will identify opportunities for various sectors to be rebuilt to be well-positioned for both the economy of today and the economy of the future, while promoting equity for disadvantaged communities.

The focus of the Commission will be both national and statewide and three members of the Commission, Jeh Johnson, a partner at the law firm of Paul, Weiss, Rifkind, Wharton & Garrison, LLP and former U.S. Secretary of Homeland Security, Robert Wood Johnson Foundation President Richard Besser, and Chief of Staff George Helmy also will serve on the regional task force empaneled earlier this month that will include representatives from seven northeast states.

This Commission will stay empaneled as long as necessary to inform the restart and recovery of our state’s economy.

Members of the Commission are:

Dr. Ben Bernanke – Distinguished Fellow in Residence at the Brookings Institution and former Chairman of the Board of Governors of the Federal Reserve System

Dr. Richard Besser – President and CEO of the Robert Wood Johnson Foundation and former Acting Director for the Centers for Disease Control and Prevention (CDC)

Richard Trumka – President of the AFL-CIO 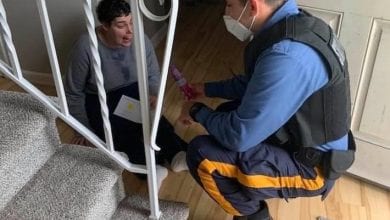