TRENTON, NJ – Governor Phil Murphy Tuesday presented his Fiscal Year 2021 (FY2021) budget – a plan to build on the progress made by the administration over the past two years to support New Jersey’s middle class.

“Our Fiscal Year 2021 budget builds on the significant progress we’ve made for our middle class over the past two years,” Murphy said. “Since taking office, we’ve sought to build a stronger and fairer economy for every New Jersey family, not just the wealthy or well-connected. From fighting for tax fairness to boosting funding for our public schools to stabilizing property taxes, I’m proud to say that our budget prioritizes the needs of all our residents.”

“We’re doing what no one thought possible,” Murphy said. “We are making real progress against high property taxes, restoring New Jersey’s fiscal standing, growing our economy, and repositioning our state for success by investing in and shaping our future. We have a record of unmistakable progress on all fronts, and today, we have a new budget for FY2021 that promises to keep us moving forward in building a stronger and fairer New Jersey for all.”

BUILDING ON OUR PROGRESS/Maintaining Fiscal Responsibility

Murphy’s budget continues to strengthen the State’s fiscal standing by working with the Legislature and partners in labor to pursue savings and restore faith in the pension system, while reducing reliance on non-recurring revenue and diversions and building up our surplus.

Building Up Our Surplus – The proposed budget includes another deposit into the Surplus Revenue Fund, or rainy day fund, which represents the first time in two decades that deposits have been made in consecutive years. The budget’s total projected surplus, including the rainy day fund, is a $1.6 billion, or four percent of total appropriations. This is a steady increase from the Governor’s prior proposed budgets and triple the surplus of former Governor Christie’s last proposed budget.

Restoring Faith in Our Pension System – In FY2021, Murphy proposes making a $4.6 billion pension payment, a nearly 13 percent increase over FY2020. This contribution is supplemented by an additional $279 million payment in FY2020. By his third year, Governor Murphy’s cumulative contributions to the pension systems will exceed total contributions from any other Governor in New Jersey history.

Reducing One Shot Revenues – Murphy’s budget reduces non-recurring resources to 0.8 percent of the budget, bringing one-shots below one percent for the first time on record. After reducing over $100 million in diversions last year, the Governor proposes further reductions to the Clean Energy Fund diversion and restoring some 911 System and Emergency Response Fee revenues to support telecommunications upgrades.

Governor Murphy’s budget continues the progress made to tackle New Jersey’s high property taxes through additional funding for public education, health benefits reforms, and support for shared services. Property taxes have grown more slowly in Governor Murphy’s first two years than they have under any previous Administration’s first two years on record. The Governor’s budget supports over $1.26 billion in direct property tax relief, which includes $276 million for the Homestead Benefit, as well as the increased property tax deduction cap and expanded Senior Freeze eligibility that the Governor and Legislature enacted in their previous budgets.

Strengthening Public Education – The budget includes an additional $336.5 million for K-12 education formula aid, addressing the largest driver of property taxes. The budget also includes $50 million in Stabilization Aid, which will provide one-time assistance for districts facing fiscal challenges as we properly fund the school funding formula. Since FY2018, the Governor has increased direct aid to school districts and preschools by over a billion dollars, or 12.3 percent.

Expanding Pre-K Education – The Governor’s Budget continues efforts to expand pre-K education. Since 2018, Governor Murphy has invested an additional $208.7 million to support high-quality preschool education. In FY2021, the Governor proposes $83 million in new spending, and $25 million of that amount will be used to assist approximately 30 additional districts that are ready to launch new programs.

Transforming Higher Education – Murphy’s budget introduces the Garden State Guarantee, which will add over $50 million of new funds to the outcomes-based funding formula so that four-year public colleges and universities can follow New Jersey’s community colleges and provide two years of free tuition to students with household incomes of less than $65,000 and all students with predictable pricing. This initiative will build on the success of the Governor’s Community College Opportunity Grants, which will continue to enable thousands of residents to attend community colleges tuition-free.

Lowering the Cost of Health Care

This budget funds the Governor’s new Office of Health Care Affordability and Transparency, which will advance strategies to help consumers and create health care savings. The Office will support the Governor’s proposal to raise the income threshold by $10,000 for the Pharmaceutical Assistance to the Aged and Disabled program and Senior Gold programs, which will benefit over 21,000 seniors. The Governor will also propose creating a state-level health insurer assessment to reclaim revenue previously sent to the federal government. The administration will direct at least $200 million in revenue toward subsidies in 2021 for New Jerseyans purchasing health insurance.

Applying the Highest Marginal Tax Rate to All Millionaires – The Governor proposes applying the millionaire’s tax enacted in FY2019 to all income above $1 million, not just income over $5 million. This expansion, which will impact more non-New Jersey residents than in-state residents, is necessary to enable greater investment in programs, including property tax relief, for the middle class.

The Department of Labor and Workforce Development will allocate over $20 million to advance the Governor’s Jobs NJ plan. These funds will support apprenticeships, paid internships, incumbent career training, and targeted solutions for businesses facing talent challenges.

Supporting Our Business Community – To build on the success of Business First Stop, the budget will support a permit modernization project to make State requirements more efficient and transparent. The budget will also triple support for the Commission on Science, Innovation and Technology to advance collaborations between industry and academia.

Fast-Tracking NJ TRANSIT Improvements – The budget includes a General Fund subsidy of nearly $600 million, which is a $132 million increase over FY2020, to support the agency’s daily operations while allowing for bus and rail enhancements, new hiring, and a Battery Electric Bus program that advances the State’s clean energy goals. If the Governor’s proposals are enacted, NJ TRANSIT will run for its third consecutive year under Governor Murphy without a fare increase.

Facilitating Sustainable Development – The Governor’s budget proposes an $80 million appropriation to the Drinking Water Program as a first step of the Administration’s plan to ensure safe and modern water infrastructure.

Investing In Our Future

Murphy’s budget continues to make New Jersey a national leader in progressive policies and investments in our shared future. The budget invests in health care initiatives, support for working families, strategies to combat the opioid epidemic, and criminal justice reform.

The Governor will maintain his $100 million commitment, now through over 30 programs across eight state agencies, to fighting the opioid crisis through carefully designed programs and thoughtful, data-driven analysis to put resources where they are most needed.

Addressing Mental Health Needs – Murphy’s budget invests at least $45 million in the Children’s System of Care to rebalance out of home and in-community service rates for the first time in 15 years so that we can better serve children with emotional and behavioral health care needs.

Expanding Poverty Relief – This budget follows through on the Governor’s commitment to increase the Earned Income Tax Credit (EITC) to 40 percent and proposes expanding EITC age eligibility from 25 to 21 to assist tens of thousands of more young adults. The budget also enables counties to operationalize Code Blue programs so they can help homeless residents obtain shelter.

Leading on Criminal Justice Reform – After signing landmark bills this past year to reform our criminal justice system for both juveniles and adults, the budget includes almost $30 million in implementation funds for Earn Your Way Out and Hepatitis C treatment, as well as new funds for transitional housing and job training.

The Governor and the Legislature have to enact a budget by June 30, 2020, per constitutional deadline.

“First of all, I wish Governor Murphy well and a speedy recovery as he undergoes cancer treatment. Today’s budget which the governor proposed is more of the same.  In fact it would be the largest New Jersey state budget ever. Under the past Democrat Governors since 2002, New Jersey has had 159 tax and fee hikes and now at least six more are being proposed. This budget increases spending by $2.2 billion and if enacted as is will lead to an 18 percent growth in new spending over three years.  This spending and tax increases are unsustainable. One thing I am hopeful of is that we can eliminate the tax on military members in combat zones.  If it mirrors the proposal by my colleague Assemblyman Ryan Peters, I look forward to supporting it. As always, District 24 legislators, Senator Oroho, Assemblyman Wirths, and myself will continue to speak out and vehemently oppose higher taxes and more spending,” Assemblyman Parker Space (R-Sussex, Warren, Morris) said on the Governor’s proposed Fiscal Year 2021 budget.

Phillipsburg wrestling coach, another teacher arrested on charges they made threat for tenure vote 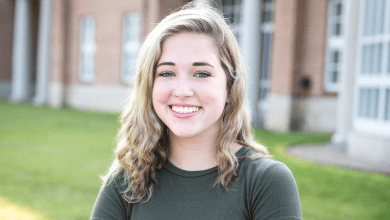