TRENTON, NJ– Governor Phil Murphy requested Tuesday the support of the United States military and the U.S. Army Corps of Engineers to assist New Jersey’s efforts to expand hospital and intensive care unit capacity in preparation for the continued spread of COVID-19.

Murphy’s request was made in a letter sent to President Trump in response to the President’s comments this morning that the U.S. Army Corps of Engineers is “ready, willing, and able” to pursue such efforts.

“This public health crisis is a direct threat to our national security and the safety of our people, and the Northeast region, which is the densest region by population in America, is the most susceptible to a virus that rapidly transmits among individuals,”Murphy said. “By working together to identify buildings that can serve as facilities to provide emergency and intensive care, we can save many thousands of lives.”

At the direction of the Governor, the New Jersey National Guard and the Department of Health Commissioner, Judith Persichilli, are currently working on efforts to expand New Jersey’s hospital capacity. Commissioner Persichilli is working closely with hospitals in the State to examine the feasibility of reopening shuttered hospital wings and hospitals. The letter cites estimates from the Senator Walter Rand Institute for Public Affairs at Rutgers-Camden that New Jersey could be facing a peak shortfall of anywhere from 123,000 to 313,000 hospital beds, sometime between May and October. It also notes that New Jersey may need an additional 2,000 critical care beds in the next two weeks.

Murphy’s letter, which notes the extensive social distancing efforts he ordered yesterday to slow the spread of COVID-19, also reiterated his call for additional supplies to support health care workers on the front lines of statewide response efforts.

“Additionally, even as we identify and secure additional facilities, those efforts will be futile unless we have the personal protective equipment needed to allow health care workers to operate and the ventilators that are needed to treat patients. I urge you to assist us as we seek to rapidly expand these critical supplies,” Murphy said. 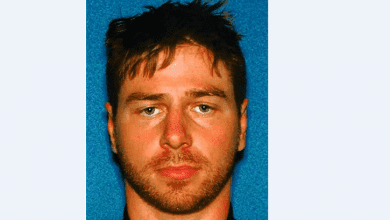