NEW JERSEY – Governor Phil Murphy Thursday signed into law the “New Jersey COVID-19 Emergency Bond Act,” which authorizes the state to borrow up to $9.9 billion to address the unprecedented fiscal crisis that has arisen as a consequence of the COVID-19 pandemic.

“The passage of this legislation is an important step in New Jersey’s recovery from the economic ravages of the COVID-19 pandemic,” Murphy said. “While this is by no means a silver bullet, the ability to responsibly borrow is essential to meeting our fiscal needs in the coming year.”

The state is authorized to borrow either through the issuance of general obligation bonds that can be sold to investors or through the federal government’s Municipal Liquidity Facility, which was established to help states and local governments across the country deal with the fallout from the global pandemic. The State is also authorized to refinance bonds issued pursuant to the bond act.

Debt service on this bond issuance will be repaid through the state’s General Fund.

Murphy stressed that the state plans to borrow only what is necessary to speed New Jersey’s recovery from this unparalleled recession.

“The current economic crisis is virtually unprecedented in both its severity and swiftness,” Murphy said. “Our unemployment numbers and drop in revenue have both far outpaced the worst months of the Great Recession so while we see this bill as an important step, our ultimate recovery will depend on a number of factors including additional federal aid and savings within state government.”

“This will give us the ability to provide the resources needed to respond to crisis economic conditions resulting from the coronavirus,” Senate President Steve Sweeney said. “It also includes a process to ensure responsibility in managing public finances as we work through the fiscal problems that are not fully known. We want to be responsive to financial needs, but we also have to be fiscally responsible and recognize the long-term consequences of actions we take.”

“We must keep New Jersey’s economy moving and we have to continue to provide the government services that are so important during the pandemic,” said Senator Paul Sarlo, chairman of the Senate Budget and Appropriations Committee. “While we understand the need for emergent financing to help with the economic recovery, we still have to be responsible with added debt. This is uncharted territory so we have to monitor fiscal conditions as we make decisions on borrowing.”

“It is the definition of insanity to blindly approve borrowing $10 billion when the executive branch has not even proposed a budget yet for next year and we have no clue how much we will actually need. We also shouldn’t forget that Governor Murphy has been sitting on $2 billion of unspent federal funds from the CARES Act for months,” Senator Joe Pennacchio said.

“The governor’s borrowing scheme includes $2.7 billion to fund shortfalls that he says exists in the current fiscal year. That frankly does not make any sense. He recently signed a balanced budget extension bill that will get our State through the end of the fiscal year in September, claiming we’ll end the year with a $1 billion surplus. It’s increasingly clear that this borrowing scheme is not about actual fiscal need, it’s about giving Governor Murphy a $10 billion slush fund that our grandchildren will be stuck repaying for a generation,” Pennacchio said.

“The bill (S-2697/A-4175) authorizes a borrowing scheme coveted by Governor Murphy to fill holes in the budget that Republicans said will cost taxpayers tens of billions of dollars in fees and interest they will be paying back for almost four decades,” Senator Anthony M. Bucco said.

“Don’t take the easy way out,” Bucco told the Senate. “This is not a plan, it’s the easy way out. We’re not waiting to address this problem in a logical fashion, taking now-outdated projections based on difficult times and using that to justify massive borrowing to repair the budget. This will place the state in even worse condition for years to come.” 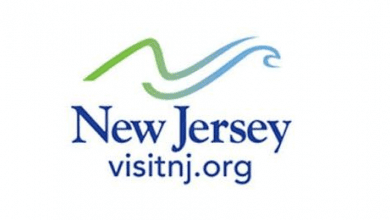