NEW JERSEY – Governor Phil Murphy renewed his call Wednesday for the passage of the comprehensive gun safety legislative package that he initially proposed in April 2021.

The Governor urged legislators to pass the same package in April 2022, four months after he was joined by Assembly Speaker Craig Coughlin in support of the gun safety bills. If passed by the Senate and Assembly and signed into law, the bill package discussed today would be the third wide-ranging gun safety package signed by the Governor since taking office.

Today’s press conference, attended by educators and gun safety advocates, was held in the aftermath of the Uvalde, Texas elementary school shooting on Tuesday and the Buffalo supermarket shooting less than two weeks ago.

“From Uvalde to Buffalo, recent tragedies have reaffirmed that, in the absence of substantive reform, no community is immune to the epidemic of gun violence,” Murphy said. “The senseless murders in Texas should fortify our resolve to take action today – to avoid similar horrors not through empty words and promises, but through concrete measures to make every classroom and neighborhood safer. Our children, as well as the teachers who devote their lives to their education and safety, deserve nothing less.”

“More than a dozen families in Uvalde were torn apart yesterday by gun violence,” said Senate Majority Leader M. Teresa Ruiz. “As we are reminded of a reality in which massacres are more common than gun laws, it is clear that thoughts and prayers are meaningless without action. New Jersey has lead the nation in acting strong gun control measures but unfortunately, gun violence still happens far too often in our own communities. If anything is truly going to change we need federal legislation. No child, family, or state is immune to gun violence until we act. We should always feel safe when walking in our neighborhoods or our local grocery stores, and especially on the sacred ground that is our schools.” 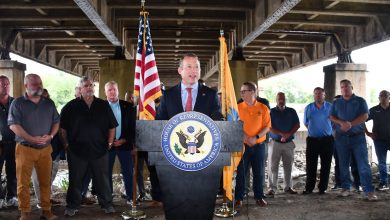