The legislation is named after Tim Piazza, a 19-year-old Readington resident and Pennsylvania State University student who died after falling down a flight of stairs as a result of hazing in February 2017.

“The safety of our students is our top priority, and we must do all that we can to protect them from cruel and dangerous hazing rituals,” said Governor Murphy. “With today’s bill signing, we honor Tim Piazza’s life and make our strongest effort yet to root out hazing to prevent similar tragedies.”

“This legislation places the issue of hazing front and center,” said Dr. Angelica Allen-McMillan, Acting Commissioner of Education. “It further emphasizes the importance of fostering positive school climates that help to develop character among students. In addition, it sends the message that this type of behavior is not acceptable.”

“This law will help colleges foster environments that protect students and keep them safe from harm, so they can focus on what matters most — their school work and continued success,” said Dr. Brian Bridges, Secretary of Higher Education.

“Our greatest hope is that we never have to prosecute someone under this new law, and that we’re able to stamp out illegal hazing through the deterrent effect alone,” said Acting Attorney General Andrew J. Bruck. “But should it become necessary, we will not hesitate to use the enhanced tools that Governor Murphy and the Legislature have now given us to hold accountable those who break the law.”

“Our son, Tim Piazza, died more than four years ago as a result of Fraternity hazing at Penn State University,” said Jim and Evelyn Piazza. “Since then, we along with other parents of hazing victims have worked to eradicate hazing on college campuses. We are grateful to Senator Kip Bateman for introducing this legislation and Governor Murphy and the other senators and assemblymen and women for supporting the New Jersey anti-hazing law bearing Tim’s name. This law will be the stiffest in the country and will hopefully deter this bad behavior and hold those accountable who choose to put someone’s well-being and/or life at risk as part of an initiation ritual.”

“Timothy Piazza of Readington was a 19-year-old Penn State University student who tragically died in 2017 during a fraternity hazing ritual. Shortly after his death, I received a letter from Matthew Prager, a 12-year-old student who was Timothy’s friend and neighbor, asking that I introduce anti-hazing legislation in Timothy’s name,” said Senator Kip Bateman. “To this day, I am grateful to Matthew for sending me that letter. No student deserves to go through the ritual humiliation that 19-year-old Timothy Piazza experienced on the night that he lost his life. With the signing of this bill, hazing will no longer be tolerated in New Jersey.”

“For too long, hazing has been used as a rite of passage into college fraternities and sororities. It is dangerous, it is irresponsible, and tragically, at times it is deadly,” said Senator Troy Singleton. “However, as a member of a Greek organization, I am saying ‘enough is enough.’ If students are hazing another student, they must understand the seriousness of this illegal practice and what’s at stake. The signing of this legislation will ensure there are real consequences for their actions.”

“Individuals who engage in hazing foster a culture of humiliation and violence. And yet, more than half of all students are hazed at some point during their college career,” said Senate Minority Leader Tom Kean, Jr. “This legislation, which was spurred by the tragic loss of Timothy Piazza who died during a fraternity hazing ritual, sends a clear message: if you engage in deplorable acts like hazing, you will be prosecuted to the fullest extent of the law.” 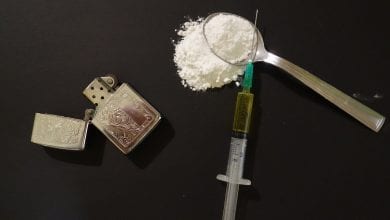