On Nov. 12 at around 11:51 a.m., officers responded to Anderson Cash Checking, located at 270 Main St, for a report a man attempting to cash a fraudulent check, police said.

When officers arrived on scene, the officers met with the suspect, who was identified as Brito, police said.

Through a police investigation it was determined that Brito allegedly gave a check in the amount of $532.00 from Langsam Property Service Corp. to Anderson Cash Checking, police said.

Brito was also allegedly in his possession of two other forged checks from the same company in the amounts of $3,400.00 and $532.00, police said.

Brito was charged and lodged in the Warren County Correctional Facility. 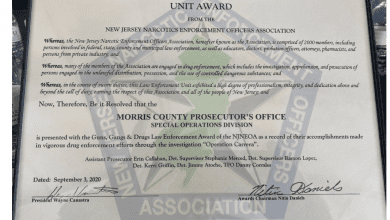