HACKETTSTOWN, NJ (Warren County) – An Allamuchy Township man who was allegedly involved in a hit-and-run crash in Mansfield Township was found in Hackettstown and charged with driving while intoxicated, according to police.

On Nov. 25 at around 5:50 p.m., Mansfield Township police responded to Route 57 in the area of Newburgh Road for a hit-and-run motor vehicle accident and the vehicle fled east on Route 57, police said.

Hackettstown Police then responded to Route 57 and the suspect’s vehicle was located at the River Star Diner. The officer observed the vehicle with damage to the front driver’s side and the passenger side tire was off the rim, police said.

The driver was identified as 59-year-old Jeffrey Fuchs and through an investigation it was determined he was driving while intoxicated. The officer located an open bottle of vodka inside the vehicle, police said.

Fuchs was charged with driving while intoxicated, reckless driving, and possession of an open container of alcohol. He was released pending a court appearance. 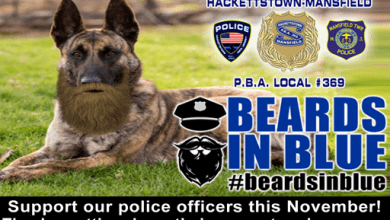