MOUNT OLIVE TOWNSHIP, NJ (Morris County) – A 32-year-old Hackettstown woman is facing several charges after she was allegedly driving while intoxicated and found with heroin.

On April 9, at 9:59 p.m., township officers responded to a report of an erratic driver on Route 46. An officer located the black Toyota Scion and then stopped the vehicle, police said.

The officer approached the vehicle and immediately observed the vehicle’s side curtain and front airbags deployed, police said.

The driver was identified as Mrozinski and showed signs of impairment due to alcohol and/or drugs, police said.

Mrozinski was not injured in the crash that caused her airbags to deploy and officers checked the area in an attempt to locate the unreported accident, but were not able to locate any other vehicles or property damaged, police said.

Mrozinski was charged with DWI, possession of controlled dangerous substance in a motor vehicle, driving slow to impede traffic, unsafe vehicle, failure to wear a seatbelt, failure to yield to emergency vehicle, reckless and criminal charges are pending. Mrozinski was released pending a court appearance. 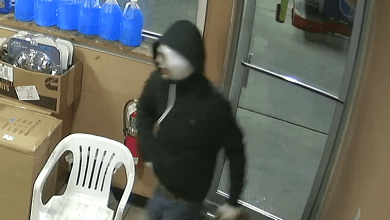