On July 15, at 1:21 a.m., an officer was on route 46 when he observed a 2018 Ford travelling in excess of the posted speed limit. The officer then followed the vehicle and observed additional violations including failure to maintain a lane and failure to signal a lane change, police said.

The officer stopped the vehicle and came in contact with the driver, who was identified as Erik C. Guhlin, 52, of Hackettstown, police said.

Guhlin immediately showed signs of impairment and had an odor of alcoholic beverage on his breath. He was asked to exit the vehicle to perform standardized field sobriety tests, police said.

Upon completion of the investigation, he was arrested and transported to police headquarters for processing, where he refused to submit to chemical breath testing, police said.

Guhlin was charged with DWI, reckless driving, speeding, refusal to submit breath samples, failure to maintain a lane, failure to keep right and failure to exhibit a valid insurance card. He was released pending a court appearance. 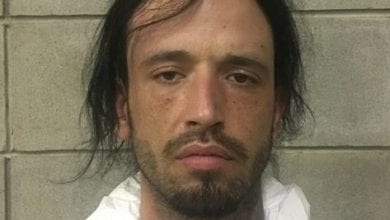