The parade is pet-friendly, with a special pet costume contest sponsored by Doggie Styleashes. Dress your pets for the chance to win prizes for 1st, 2nd, 3rd places. Judging will be held at Czig Meister Brewing, located at 106 Valentine Street, starting at 3:00 p.m. sharp. Pets will then be invited to walk in the parade dressed in their St. Patrick and Irish Heritage costumes.

Police officers will be on scene directing traffic around the road closure.

There will also be no parking/tow away zones on the following streets starting at 2:00 p.m.:

Any vehicles parked in any of those areas will be ticketed and towed, police said.

Parking is available in any of the municipal parking lots and on many side streets, police said. 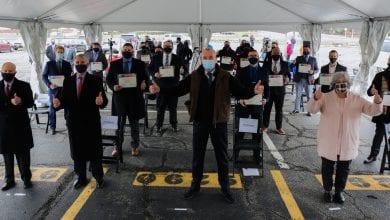