The death, involving an adult female from northern New Jersey, was reported to the department in August and mentioned as a report under investigation by Department of Health Acting Commissioner Judith Persichilli at the time Governor Phil Murphy announced the creation of the Electronic Smoking Device Task Force on Sept. 12, 2019.

The total number of confirmed and probable cases of serious lung disease in the state has risen to 14—including two probable cases. One of the probable cases is the death being reported today. NJDOH categorizes cases based on CDC case definitions.

“The New Jersey Department of Health is saddened to announce a death associated with this outbreak. This death underscores the potential dangers associated with vaping,” said Persichilli, who chairs the Governor’s Electronic Smoking Device Task Force.

To date, there have been no reports of serious lung illness associated with products sold in dispensaries permitted by the New Jersey Medical Marijuana Program.

Nationally, there are now more than 800 confirmed and probable cases of severe lung illnesses in 46 states and the U.S. Virgin Islands. Tragically there have been approximately 13 deaths in 11 states.

State health departments, the CDC and the FDA are still investigating the possible causes of the lung injuries, but based on information at this time, e-cigarettes or vaping products should never be used by youths, young adults, pregnant women, or by adults who do not currently use tobacco products.

For more information about the dangers of vaping, visit VapeFactsNJ.com or incorruptible.us. 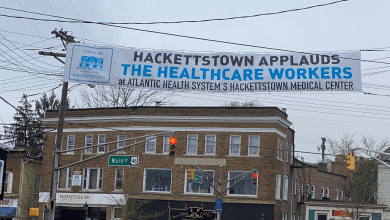