MORRISTOWN, NJ (Morris County) – Atlantic Health System’s Morristown Medical Center and Overlook Medical Center were again recognized in the top five percent of hospitals in the nation for the clinical specialties for which they are nationally and regionally recognized  in the Healthgrades 2021 Report to the Nation, released Thursday.

The report uses Medicare and other data to analyze a hospital’s quality and safety metrics in common inpatient clinical procedures and conditions and recognizes top-performing hospitals.

Overlook Medical Center was the only hospital in New Jersey and New York to be recognized as one of America’s 100 Best Hospitals for the Treatment of Stroke for eight years in a row.

Since 2017, Healthgrades has recognized Overlook Medical Center among the top five percent of hospitals in the U.S. for excellence in the Treatment of Stroke, Cranial Neurosurgery and Neurosciences more times than any other hospital in New Jersey or New York.

Overlook Medical Center was also one of only two hospitals in New Jersey to achieve all three Healthgrades Neurosciences specialty excellence awards in 2021: Cranial Neurosurgery, Stroke Care, and Neurosciences.

In addition, Overlook is the recipient of the Healthgrades Pulmonary Care Excellence Award™ for 4 Years in a Row (2018-2021).

In addition, Overlook Medical Center was named one of Healthgrades America’s 100 Best Hospitals for:

“As the importance of health care has come even more into view this year, these awards and recognitions highlight the consistent, exceptional quality, safety, and positive outcomes throughout our system of care,” said Jan Schwarz-Miller, MD, MPH, Senior Vice President and Chief Medical and Academic Officer for Atlantic Health System. “These awards help demonstrate our commitment to reliable, high quality care and safety to our communities.”

“The hospitals that stand out for exceptional performance in these cohorts should be commended for their long-standing commitment to quality,” said Brad Bowman, MD, Chief Medical Officer, Healthgrades. “As consumers are increasingly savvy when it comes to finding and selecting a hospital, patients can be confident when they select a hospital that has achieved this Healthgrades recognition.” 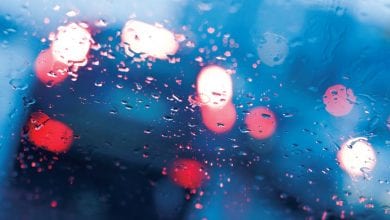 Man charged with DUI after crashing Camaro in pool