“Helene Meissner is a fierce advocate for food security and has dedicated more than a dozen years of her career to ensuring that everyone can get enough to eat,” the Board of County Commissioners said in a proclamation that Ciesla and Kern presented during the retirement celebration at Invertase Brewing Company in Phillipsburg.

“Helene Meissner has been one of the greatest advocates for Phillipsburg residents for decades, especially through her work at Norwescap,” Ciesla said. “I’ve seen her in action in so many areas and she is definitely irreplaceable. I am so glad to hear she will still be involved as a volunteer in our area, and I wish her the happiest of retirements.”

“Helene is a fixture in Warren County and has done so much, for so many.  No matter the circumstance, she always had a smile on her face and her passion for community service was infectious!,” Kern said.

Meissner helped develop Norwescap’s fledging grassroots foodbank and built it into the professional Feeding America Partner that it has become. Under her leadership, the Norwescap Foodbank has distributed close to 2 million pounds of food or roughly 1.7 million meals annually through its network of more than 100 pantry partners.

Meissner also was a leader in creating Norwescap’s School Pantry Program and expanding the student backpack program to three counties, ensuring that thousands of children in dozens of schools received tens of thousands of pounds of food, as well as the Summer Feeding program that serves close to 5,000 meals for students who didn’t have access to school lunches.

A 2016 inductee into the Warren County Hall of Fame, Meissner has been an active civic leader in and around Phillipsburg as a Trustee of St. Luke’s Hospital, and supporting the Phillipsburg Urban Enterprise Zone, Phillipsburg Downtown Association, local Chamber of Commerce, Phillipsburg School District, Kiwanis, Rotary and other civic organizations. 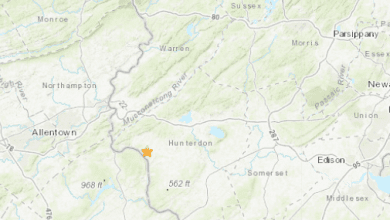