WASHINGTON, DC – The House of Representatives Tuesday passed U.S. Congressman Josh Gottheimer’s (NJ-5) bipartisan Senior Security Act in a 355 to 69 vote. Gottheimer’s legislation will help stop financial predators from scamming seniors out of their savings by creating a federal Senior Investor Taskforce within the Securities and Exchange Commission (SEC) to strengthen protections and safeguards for senior investors.

Earlier this week, Gottheimer spoke on the House floor to urge Members of the House to support his bipartisan bill.

Companion bipartisan legislation has been introduced in the U.S. Senate by Senators Susan Collins (R-ME) and Kyrsten Sinema (D-AZ).

“No senior should ever have to worry that picking up the phone could mean being scammed out of thousands of dollars. Unfortunately, for too many members of our communities, that is exactly what’s happening. Millions of seniors across the country, including my own mother, have been the victims of financial scams and they’ve been cheated out of their rightful retirement. It’s appalling. It’s offensive. It’s unacceptable,” said Gottheimer, a member of the House Financial Services Committee. “Today, the House passed my bipartisan legislation to take senior fraud and scams head on, by helping the Securities and Exchange Commission and federal prosecutors crack down on senior-preying hucksters nationwide.”

“I am deeply proud to work with my good friend, Mr. Gottheimer, on this important legislation to keep our senior citizens safe from fraudsters and hucksters who are constantly pursuing them,” said Congressman Trey Hollingsworth (IN-9) on the House floor this week, as the bill’s lead Republican cosponsor.

According to a report from the Senate Special Committee on Aging released last Congress, older Americans lose approximately $3 billion each year to financial scams and abuse. According to a survey from the Investor Protection Trust, approximately 7 million Americans have reported being victims of exploitation. However, only 1 in 24 cases of elder abuse actually get reported.

Fraudulent IRS impersonation and tech support calls are among the common and costly scams. According to the Treasury Inspector General for Tax Administration, more than 2.5 million Americans have been targeted by scammers impersonating IRS officials. Since 2013, more than 15,800 taxpayers have lost at least $80 million from this type of scam alone. Furthermore, Microsoft estimates that more than 3 million Americans are victims of technical support scams, where scammers pretend to be with a reputable tech company and persuade seniors to provide personal and bank information.

H.R.1565 – the Senior Security Act of 2021 will establish the Senior Investor Taskforce at the SEC, which will:

The Taskforce will submit a biennial report to Congress that includes: 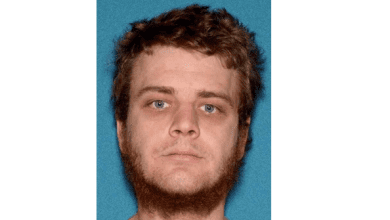