Director Lanza’s tour included stops in Raritan, Delaware, and East Amwell Townships, along with the City of Lambertville. He was also joined on by Hunterdon County Engineer Tom Mathews, Public Safety Director Brayden Fahey who have been directly involved in the County’s ongoing Ida recovery.

In East Amwell, Mayor Mark Castellano and his wife, Alison took Director Lanza to see a neighborhood that was particularly hard hit which included with a resident who had to be rescued from her home with her husband by boat.

Lambertville Mayor Andrew Nowick and local Police Lieutenant Bob Brown showed Lanza several infrastructure projects that are either underway or in the works as the city continues its long-term recovery from Ida. Lambertville was especially hard hit and numerous residents continue to be permanently displaced from their residences as a result of their homes being total losses.

“The amount of damage caused by Ida cannot be overstated. From lost lives, displaced residents, shuttered businesses, to the millions of dollars in infrastructure damage, the storm was truly unprecedented. I was recently advised by Public Safety Director Brayden Fahey, that the County has sought more than $6 million in reimbursements as the rebuild from Ida continues,” Lanza said.

“I, along with my colleagues on this Board, remain committed to seeing the Ida recovery to fruition. The residents of Hunterdon County can truly be proud of the work of its county workforce that has been involved in both the storm response and recovery,” Lanza said.

In the immediate aftermath of Ida, Hunterdon County offered a wide array of resources to the impacted jurisdictions including but not limited to temporary shelter, food, cleaning supplies, Sheriff’s Department support to impacted communities, and large-scale debris and hazardous materials removal.

Public Safety Director Brayden Fahey said, “Each year the County seeks to identify opportunities to work directly with our residents on their personal resilience and preparedness for future events through hazard mitigation actions. Residents who have been victims of repetitive flooding should contact the Hunterdon County Office of Emergency Management if they are interested in having their homes acquired, elevated, or to discuss other programs that can be taken to lessen the impacts of disasters.”

“Eligibility for most programs requires owners to have a current National Flood Insurance Program policy, but that isn’t always the case, and all residents are welcome to consult our staff for guidance,” Fahey said. The Hunterdon County Office of Emergency Management can be reached at 908-788-1196.

Commissioner Director John Lanza also said that additional work and coordination with the State of New Jersey is needed stating, “One of the common themes that I heard throughout my tour, is that additional work is needed to clean out waterways that continue to be littered with debris from the storm. This is especially important in the City of Lambertville, where the Swan Creek has large debris piles that need to be addressed.”

Lanza said that he intends to send a letter to the NJDEP Commissioner seeking their assistance. 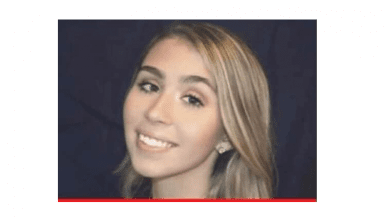 Missing Massachusetts teen may be in NJ, PA area

I-80 eastbound Exit 25 to Route 206 northbound to be closed, detoured this Monday in Mount Olive Township