Hunterdon County Board of Commissioners Director Susan J. Soloway said, “The Supreme Court, in their 5-4 decision, supported by the Biden Administration, hung their hat on the 1938 Natural Gas Act. It is time to change the law. We will be proposing a resolution on July 6th asking our federal representatives to act on pending legislation amending the 1938 Act.”

The Biden Administration’s acting Solicitor General submitted briefs for and argued on behalf of the pipeline.

Soloway, who earlier in the year called on the Biden Administration to reverse course in its support of PennEast, said, “Hunterdon County has over 2000 acres of farmland and conservation easements for which state and county taxpayers have paid millions of dollars to preserve.”

The Board’s Deputy Director, John E. Lanza, said, “As disappointing as the ruling by the Supreme Court is, what is more troubling is the fact that the Biden Administration’s Justice Department sided with PennEast’s efforts to seize state-owned lands without the state’s consent, while the same Administration blocked the Keystone XL Pipeline in the west and midwest. One has to wonder what is behind that inconsistency.”

“According to New Jersey Conservation Foundation, PennEast still faces numerous legal and regulatory hurdles. The company’s Federal Energy Regulatory Commission (FERC) certificate for the project is being appealed by the Conservation Foundation and other parties. The project must also still receive approvals from the U.S. Army Corp of Engineers, the Delaware River Basin Commission and the NJ Department of Environmental Protection. So, all hope is not lost,” Lanza said.

Earlier this year and in previous years, the Hunterdon County Commissioners and formerly Freeholders approved resolutions opposing the Penn East project noting, ‘the Penn East project unnecessarily threatens property rights and offers no prospect of just compensation for the land it targets for lease or condemnation, proposes to pay owners the one-time loss of value attributed to the new encumbrance on property, and understates the value of the easement to Penn East.’ 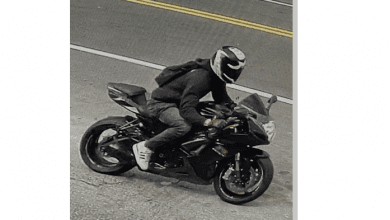