On Nov. 28, at around 2:00 a.m., the Flemington – Raritan Rescue Squad and the Raritan Township Fire Company were dispatched for a cat that was reportedly trapped in a heating duct inside the ceiling of a home in the Sun Ridge development in Raritan Township, according to a post on the Flemington-Raritan First Aid and Rescue Squad Facebook’s page.

Upon arrival, first responders discovered that a cat had entered a central air vent that the grate had been removed from for some remodeling. The cat apparently continued on its adventure in the duct until it couldn’t continue onward, authorities said.

Once the forward progress ended, the cat apparently couldn’t back up either. The owner’s had tried cat food and treats to lure the cat out the way he entered, but there was no success. First responders then decided to extricate the cat, authorities said.

Rescue Sgt. Steve Indoe used tools from the squad’s “Man in Machine” bag (now AKA the “Cat in a Duct” bag…) to open up the ceiling and carefully open the metal duct, authorities said.

“The cat was removed without injury and ran off without ever looking back,” the post said. 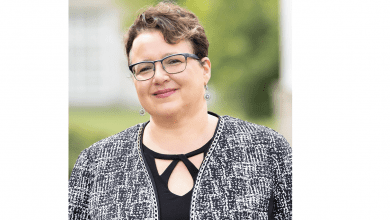