On Feb. 21, police received a 911 call from a resident on Edgewood Road in reference to a suspicious individual that came to his private residence. The resident provided officers with a description as well as a last known location of the individual in question, police said.

Officers located Lukasz Golatowski of Flemington in a neighboring field along with his disabled vehicle. During the investigation, Golatowski performed a series of standardized field sobriety tests and subsequently failed the tests, police said. 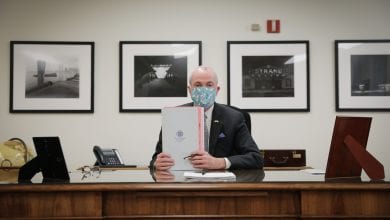