Deputy Director Rich, the Board’s Parks and Recreation liaison, said, “Over 100 people participated in an interactive living history event in celebration of Hunterdon’s ‘sweetest’ time of the year. The participants cooked the maple sap collected from the park’s very own grove of maple trees known as a ‘sugar bush.’”

The season to make maple syrup in Hunterdon County extends from early February to mid-March and is known as ‘sugaring season.’ The Parks Division, along with the public, collected about 300 gallons of maple sap throughout the month of February, ending the season with the Maple Sugaring event.

Dan Bush, the Parks and Recreation Division head, said, “Included in the day’s event was a visit with one of the local naturalists, a story telling of the North American traditions involving the discovery of this ‘sweet water,’ the history of the process, and a fully operational sugar shack.”

“While this program was always well received and attended before the pandemic, it was still a welcome relief to have an in-person recreation program, with the hope that such programming can become the norm again. The Parks and Recreation Division has tirelessly provided virtual programs since March of 2020, when in person events were put on hold, and will continue to make programs available for those who have health restrictions,” Rich said. 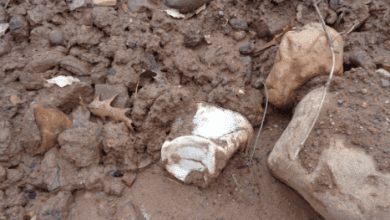 Son pleads guilty to killing his mom in NYC, dumping her body in trash can in Morris County