HUNTERDON COUNTY, NJ – The Hunterdon County Prosecutor’s Office is alerting the public to a recent increase in confidence schemes.

According to Acting Hunterdon County Prosecutor Michael Williams, “The recent rise in scams is not isolated to Hunterdon County alone; the surrounding counties are also experiencing this surge in crime. In the most recent instance, a victim received a telephone call from a man claiming to be a bail bondsman. During the conversation, a female subject began speaking with the victim and pretended to the victim’s granddaughter. The victim was convinced, and gave cash to a supposed attorney for the granddaughter. The man, who gave the name “George Reid,” was described as a young, tall, white male with no facial hair. A blue vehicle was used in the commission of the crime.”

Nearly all confidence schemes revolve around the victim sending money, disclosing account information, or disclosing other personal information such as passwords. If you received unsolicited communications either by e-mail or telephone that involve money, credit cards, Pay pal, gift cards, wire transfers, social security, bank accounts, or any other account information, it likely is some type of scheme to steal either your money or your identity in an effort to access your accounts.

By following a few simple precautions, most people can avoid becoming a victim of a confidence
scheme.

E-mails: Do not reply to e-mails or links attached to unsolicited e-mails.

Telephone Callers: Do not engage in conversations with anyone you do not know, especially about
money.

Verify: If you are suspicious, call the company or agency being represented using the official listing for
their customer service.

Scare tactics: These are used by thieves to demand money or personal information via telephone calls,
e-mails, threats of bad credit, arrest, investigation, or an audit from an alleged governmental agency. These are all scams meant to scare an unsuspecting person into rushing and hastily fulfilling a demand.

“While the threat to our senior citizens is of great concern because of their vulnerabilities and trusting nature, it is important that all citizens remain alert to these types of criminal activity. Citizens who receive suspicious calls or e-mails demanding money should contact their local police department and report the incident. Vigilance is important. In law enforcement, our best weapon against crime is an educated and knowledgeable public. We encourage citizens to spread the information via their social media and to discuss it with their families and neighbors,” Williams said. 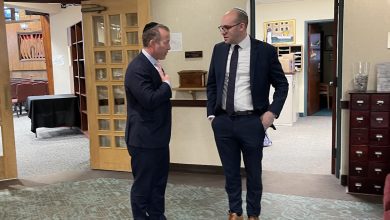 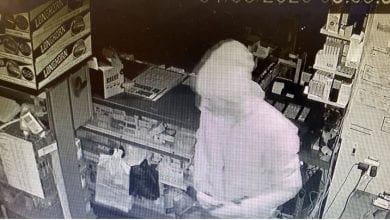