HUNTERDON COUNTY, NJ – Sheriff Fred W. Brown addressed a gathering hosted by Safe in Hunterdon on Thursday, September 29 where he provided an overview of a new program that the Hunterdon County Sheriff’s Office has launched to assist school districts that are in need of Special Law Enforcement Officer Class III (SLEO III) positions.

This new shared service policy was created in accordance with state law to create the SLEO III officers’ position within the Sheriff’s Office to assist school districts in need of security assistance.

The SLEO III officers are authorized to exercise full powers and duties similar to those of a permanent, regularly appointed full-time police officer while providing security at a public school, on school premises, during hours when the public school is normally in session.

Among several qualifications, a SLEO III must be a retired police officer who has previously served a duly qualified, full time law enforcement officer in any municipality, county, agency of this state, bi-state agency, or federal agency, and must not be retired for more than within 3 years prior to appointment to this position.

Among those in attendance at the event organized by SAFE in Hunterdon were a group of local law enforcement officers who listened to Sheriff Brown’s new program. Hunterdon Commissioner Board Director John E. Lanza was also on hand for the educational session, and thanked Sheriff Brown for his proactive and thoughtful approach to school safety.

“I want to thank Sheriff Brown for his forward thinking when it comes to school safety. The Board has a long history of thinking outside the box to address safety in our schools Hunterdon County has a history of leadership on matters of school safety. In 2018, the County funded an electronic school mapping program to help emergency personnel shorten response times and increase the odds of saving the lives of students, teachers and staff. The County’s initiative was one the first of its kind in New Jersey and recently adopted by the State government,” Director Lanza said.

Sheriff Brown explained that the Board’s insistence on funding the school mapping program over 4 years ago showed overwhelmingly why Hunterdon has been noted as one of the safest places in the country to raise a family.

“We created SLEO III policy within the Sheriff’s Office, at the request of school districts, who needed assistance with securing highly trained SLEO III officers within their school buildings My office worked collaboratively with the New Jersey State Police, and several school districts around the county in order to develop an effective, yet fiscally prudent safety program,” Brown said.

“I am proud to be able to offer this important SLEO III officers’ program to schools in need of this service throughout Hunterdon,” Brown said. “It’s another example of critical public safety programs that the Hunterdon County Sheriff’s Office offers to residents and their families.” 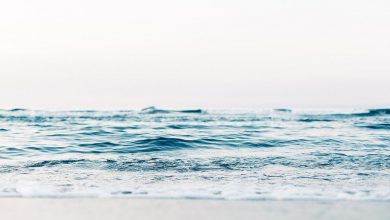