“These types of scams appear to increase during the holiday season. Recent scam calls involve offers to share large sums of money with the person called, in exchange for a bank account and routing number or a credit card number. Another scam call involves asking for bail money, either for a grandchild or other relative, and this is one that has been used several times before. No one should ever agree to give money over
the phone,” Brown said.

Several law enforcement agencies, including the FBI, have issued information regarding scam calls. The FBI states that the public should be aware of the risk of scams, especially during the holidays, and to hang up the call or, if an email is received, delete the suspicious email or mark it as spam, instead of losing money or personal data to a thief.

“Protecting yourself from scam calls and identity thieves is the best way to avoid losing funds or personal data this holiday season. If a call is received, hang up immediately and let your local law enforcement know about the call. Having your guard up and being informed of the risks is the best way to defend yourself against these criminals,” Brown said.

According to national news reports, phone and email scams have sky-rocketed in the past two years, and while most of the scams can be attributed to the pandemic, the tactics and the ability of scammers to cause great harm remains the same.

Sheriff Brown advises anyone who receives a scam call to inform their local law enforcement office of the attempt and if any suspicious emails are received, deleting them, or marking them as spam, is the best option. 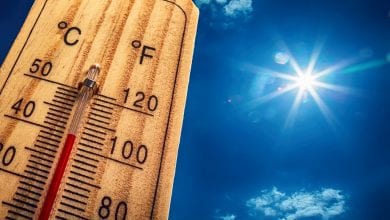 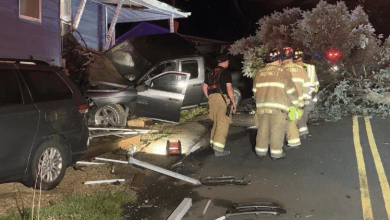 1 injured after pickup truck crashes into house in Hunterdon County