NEWARK, NJ – The U.S. Immigration and Customs Enforcement (ICE) Enforcement and Removal Operations (ERO) arrested 54 individuals throughout New Jersey during a weeklong action targeting public safety threats who were released from local law enforcement custody into the community instead of being transferred to ICE, authorities said Thursday.

Even with these arrests, there are still public safety threats in the community, authorities said.

Luciano Trejo-Dominguez, 33, was arrested Aug. 12 by the Vineland Police Department for aggravated sexual assault, sexual assault (victim 13-15 years old), criminal restraint, criminal sexual contact and endangering the welfare of a child. On Aug. 13, 2019 and Aug. 14, 2019, respectively, the Pacific Enforcement Response Center and the ICE office in Mount Laurel both lodged detainers on Trejo-Dominguez with the Cumberland County Jail. He was released into the community Aug. 23, 2019, and remains at-large.

On Aug. 18, 2019, Edgar Camarillo-Ruiz, 33, was arrested by the New Brunswick Police Department for the charge of Simple Assault – Domestic Violence. On August 19, 2019, ICE lodged a detainer with the Middlesex County Jail; however, the detainer was not honored, and Camarillo-Ruiz was released into the community. He remains at-large.

All three men are wanted by ICE and featured on the agency’s website with a public appeal for information leading to their capture.

“ERO deportation officers are committed to enforcing immigration laws fairly and professionally. These vital operations clearly show who ICE targets in an effort to protect the nation, while seeking to remove criminal aliens who pose a clear threat to public safety,” said acting Field Office Director Ruben Perez for ICE and ERO Newark.

ICE lodges detainers on individuals who have been arrested on criminal charges and who ICE has probable cause to believe are removable aliens. The detainer asks the other law enforcement agency to notify ICE in advance of release and to maintain custody of the alien for a brief period of time so that ICE can take custody of that person in a safe and secure setting upon release from that agency’s custody. When law enforcement agencies fail to honor immigration detainers and release serious criminal offenders onto the streets, it undermines ICE’s ability to protect public safety and carry out its mission.

These arrests were driven by leads developed by the local field office in conjunction with the Pacific Enforcement Response Center and the National Criminal Alien Targeting Center. ICE focuses its enforcement resources on individuals who pose a threat to national security, public safety and border security. However, ICE does not exempt classes or categories of removable aliens from potential enforcement. All those in violation of immigration law may be subject to arrest, detention and, if found removable by final order, removal from the United States. ICE does not conduct sweeps or raids that arrest aliens indiscriminately. 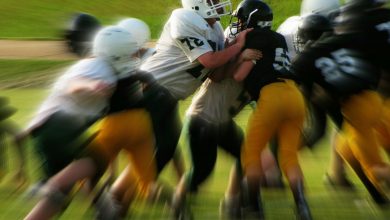