NEW JERSEY – The Department of Labor and Workforce Development has received more than 2 million** initial applications for unemployment in the past 11 months, more than at any other point in history and a sobering reminder of the continuing impact of COVID-19 on New Jersey workers.

Sectors of the economy hit hardest by the pandemic are: leisure and hospitality; transportation, trade and utilities; and education and health services.

The number of new claims for the week ending Feb. 6 was 16,192*, an increase of 1,586 from the prior week, an 11 percent increase following three weeks of declining new claims. New Jersey’s unemployed and underemployed workers have received $22.4 billion in benefits since mid-March, or an average of $15,295 per claimant.

The Department was encouraged this week by a new bill in Congress to dedicate $500 million to the U.S. Department of Labor to standardize state unemployment systems, update technology nationally and to create a single customer interface for all 50 states, solutions Labor Commissioner Robert Asaro-Angelo has been urging for months.

“I’m heartened that members of Congress have realized millions of people who were pushed out of work during the pandemic have been left without benefits they desperately need,” said Asaro-Angelo. “I applaud this effort, which would greatly assist our Department’s efforts to deliver unemployment benefits to our residents.”

The Department also successfully programmed the 11-week extension for most claimants, and they were notified to begin certifying again according to the schedule.

The 11 added weeks is one provision of the Continued Assistance for Unemployed Workers Act that extended federal benefits through March 13. Another provision provides a $300 unemployment supplement to unemployed claimants. A new federal pandemic relief bill is being discussed.

“My worry is that if Congress does not enact long-term relief before the current benefits expire workers across the country will face another lapse in benefits, which would devastate too many households,” said Asaro-Angelo. 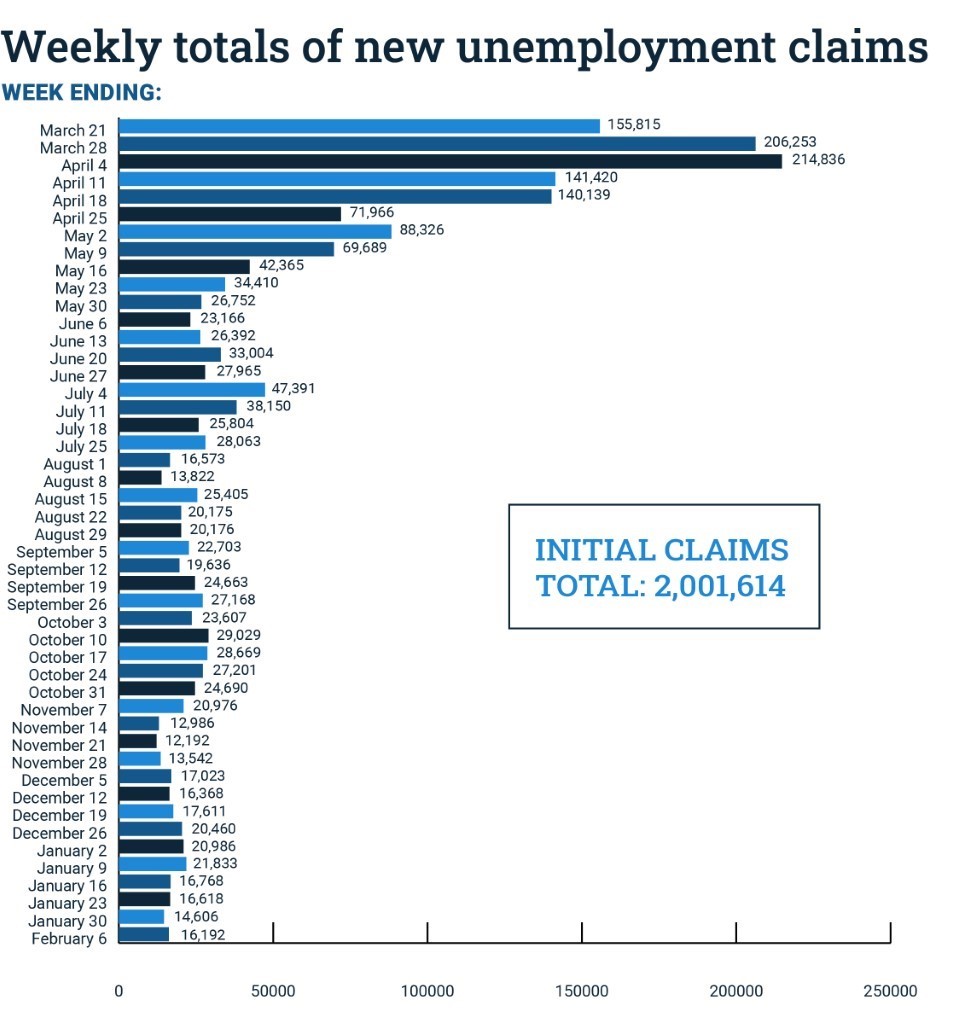 *This represents the final number for the week ending February 6. The number listed for New Jersey by the US Department of Labor –  14,181 – is based on advanced reporting.

**This number includes 218,000 claims that have been reopened by residents who returned to unemployment after a period of employment within a calendar year, as well as claims that later turned out to be fraudulent. 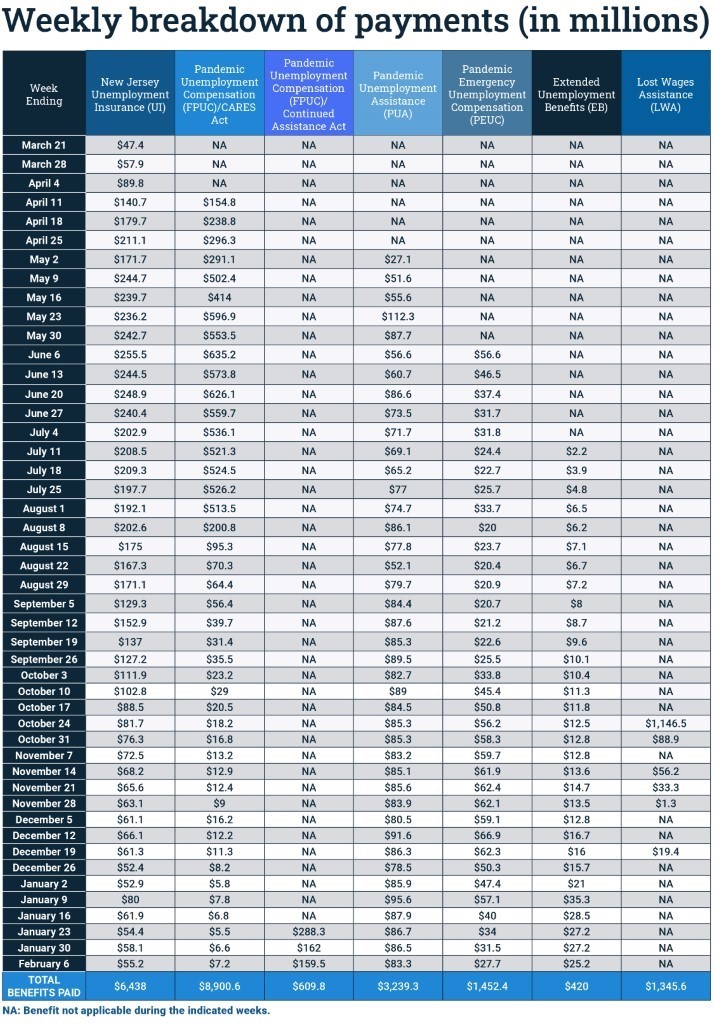 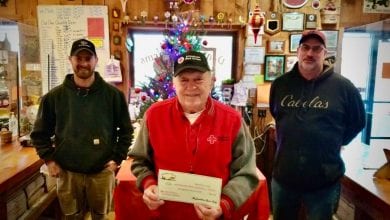