A procession which included the Sussex County Sheriff’s Department, Hampton Township Fire Department, and Patriot Guard Riders of New Jersey escorted Sgt. Alonso to his new home. Following the dedication ceremony, the American flag was raised before entering their home for the first time.

His smart home is completely accessible, with automatic doors, wider hallways, allowing him to freely move through the home in his wheelchair. The kitchen cabinet shelving is designed to be pulled down, enabling easy access to plates, cups, and bowls.

The stove is on a mechanized lift so it can be raised and lowered to wheelchair height. Every feature of the home, including the lights, thermostat, and security system, can be controlled via an app on a smart device or via touch screens built into the home.

Like many service members, Aaron Alonso’s decision to enlist in the military was due, largely in part, to the September 11, 2001 terrorist attacks.

Shortly after graduating high school, Alonso enlisted in the United States Marine Corps. Alonso’s brother, Devon, also served in the Marines, and their father, David, served in the Navy. Prior to being deployed to Afghanistan late in 2013, Aaron had completed missions in Cuba, the South China Sea, The Philippines, Guam, and Iraq.

His daughter Riley was born just a week prior to his deployment to Afghanistan.

On February 8, 2014, while sweeping for improvised explosive devices (IEDs) in a compound in Nad Ali with fellow Marines, Sgt. Alonso, a squad leader with the 2nd Platoon, B Company, 1st Battalion, 9th Marines, was catastrophically injured when he stepped on a 20-pound IED. Tourniquets were quickly applied on Alonso’s legs and his wounds were bandaged while awaiting an evacuation helicopter.

Sgt. Alonso lost both his legs and sustained extensive abdominal injuries. He underwent several surgeries in Germany before being transferred to Walter Reed National Military Medical Center in Bethesda, Maryland.

The Tunnel to Towers Foundation’s Smart Home Program builds specially adapted smart homes to help our most catastrophically injured veterans to reclaim their day-to-day independence. This year the Foundation marks the 20th Anniversary of the September 11th attacks and the Foundation’s inception, it has set an ambitious goal of delivering 120 mortgage-free homes by the end of the year.

For more about the Foundation – and to find out how they can support us on our mission to provide homes to the families of fallen first responders, Gold Star families, and build mortgage-free smart homes for catastrophically injured veterans like USMC Sgt. Alonso, visit www.tunnel2towers.org.

The gas price limbo: How low will it go? 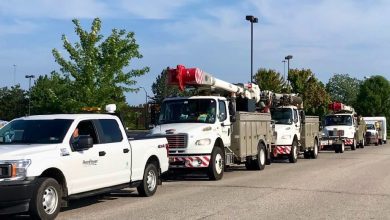