Perez Omar Gibbs, 38, of Trelawny, Jamaica, pleaded guilty by videoconference before U.S. District Judge Katharine S. Hayden to an information charging him with one count of importation of controlled substances, Honig said.

According to documents filed in this case and statements made in court, Gibbs arrived at Newark Liberty International Airport aboard a flight from Montego Bay, Jamaica. Law enforcement officers discovered that Gibbs possessed approximately 2.8 kilograms of cocaine concealed inside two bags of coffee and four picture frames. 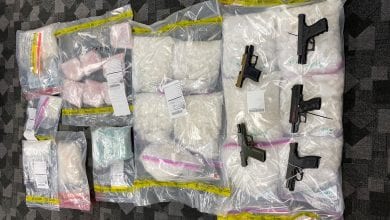