The directive also requires New Jersey law enforcement to “promptly notify a detained individual, in writing and in a language the individual can understand,” if ICE files an immigration detainer request for the individual.

According to the complaint, on multiple occasions last year, New Jersey officials failed to provide information regarding the release dates of aliens who had been charged with or convicted of crimes. New Jersey’s decision to obstruct federal immigration enforcement by refusing to provide such information is unlawful under the Supremacy Clause of the U.S. Constitution.

“Today’s lawsuit, filed by the Department of Justice, seeks to restore the balance of power between the Federal and State governments. The complaint challenges two provisions of the Directive, which limit the situations in which local, county and state officials can provide notice to federal immigration authorities of a detained individual’s upcoming release and mandates that local, county and state officials inform detainees of certain events, including the detainee’s release date. Today’s filed lawsuit presents important legal issues concerning whether the Directive’s prohibitions and restrictions on information sharing and basic cooperation with federal officials violate the Supremacy Clause of the U.S. Constitution,” U.S. Attorney Craig Carpenito said.

“Once again, the Trump Administration is sacrificing public safety for political expedience. It’s no surprise that the President, facing re-election, has suddenly decided to challenge a policy we first announced in 2018. What’s disappointing is that my former colleagues at the Justice Department have agreed to go along with this election year stunt.Thankfully, nothing about today’s lawsuit changes our work on the ground. While the President grandstands, we’re focused on protecting the nine million residents of New Jersey,” New Jersey Attorney General Gurbir S. Grewal said. 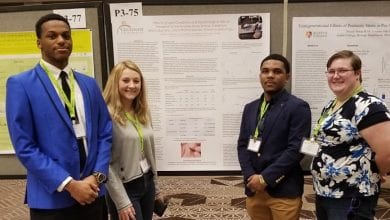