NEW JERSEY – New Jersey Attorney General Gurbir Grewal and Jennifer LeBaron, Ph.D., Acting Executive Director of the New Jersey Juvenile Justice Commission (JJC) have announced the release of the Juvenile Detention Alternatives Initiative (JDAI) 2019 Annual Data Report. The report shows a 72.5 percent decrease in the average daily population for juvenile detention centers when comparing current data to the year preceding JDAI implementation. This decrease results in 8,147 fewer youth admitted to detention on an annual basis, and tens of thousands of fewer youth admitted to detention since the implementation of JDAI in 2004. New Jersey has been named as the Anne E. Casey Foundation’s Model Site for statewide implementation of JDAI, and as of 2019, all 21 counties participate in this statewide reform initiative, which has changed the face of juvenile justice in New Jersey.

The JJC provides the management and staffing infrastructure for JDAI in New Jersey, and partners with the New Jersey Judiciary to provide the critical leadership needed to effectuate long-term, lasting change in the youth justice system. This partnership and the resulting success of JDAI has brought New Jersey national recognition.

JDAI was developed by the Casey Foundation in response to national trends reflecting a drastic increase in the use of secure detention for juveniles despite decreases in juvenile arrests, and the resulting overcrowding of youth detention centers nationwide. The goal of this systems-change initiative is to create more effective and efficient processes surrounding the use of detention. JDAI works to reduce the number of youth unnecessarily or inappropriately held in secure detention, while maintaining public safety and ensuring youth appear for scheduled court dates. The effects of JDAI also include redirecting resources toward successful reform strategies, and improving conditions of confinement in detention facilities for those youth who require this most secure level of supervision.

“We know from research and direct experience that incarceration is one of the strongest predictors that a young person will have continued involvement in the juvenile justice system. The Juvenile Justice Commission is committed to increasing opportunities for the diversion of youth into community-based programs where they can obtain needed services,” LeBaron said. “JDAI has proven to be a springboard for broader juvenile justice system change, allowing New Jersey to focus on tackling racial disparities in a collaborative and data-driven way, and leading to substantial reductions in commitments to the JJC. There is more work to be done, but JDAI has created the foundation for further youth justice reform.”

In 2004, the Annie E. Casey Foundation selected New Jersey to be among the first states to replicate JDAI statewide. And that same year, New Jersey launched JDAI in five pilot sites – Atlantic, Camden, Essex, Hudson, and Monmouth Counties. As additional counties expressed interest and demonstrated readiness, each was designated an official JDAI site.

In 2008, as a result of the impressive outcomes achieved through JDAI, New Jersey was named a State Model Site for detention reform by the Casey Foundation. Since that date, representatives from 18 states have traveled to New Jersey to learn about New Jersey’s experiences and success with JDAI implementation. Nationally JDAI is operational in more than 300 local jurisdictions spanning 39 states.

“The Judiciary has worked closely with the Juvenile Justice Commission and other key stakeholders to reform the youth detention system into one that better serves our youth and the public,” said Judge Glenn A. Grant, Acting Administrative Director of the New Jersey Courts. “We continue to reduce the number of young people jailed unnecessarily while awaiting the resolution of their cases. The Juvenile Justice Commission should be commended for its work in identifying local programs that allow juveniles to remain in familiar surroundings to receive necessary services while still maintaining community safety.”

Youth who are placed in detention alternative program receive services in their communities. Last year, an average of only 3.2 percent of youth were discharged from a detention alternative program as the result of a new delinquency charge. Furthermore, the Uniform Crime Report figures indicate that in 2018 (the most recent year for which the Uniform Crime Report is available), juvenile arrests were down in all 21 sites as compared to each site’s pre-JDAI year, for a total reduction of 74.4 percent. Arrests for the more serious “index” offenses are down 73.6 percent. These factors provide clear evidence that JDAI public safety goals are being met.

JDAI has not only reduced the number of youth sent to secure detention, but it has resulted in deep and dramatic systemic change in the state’s juvenile justice system. The decline in numbers has allowed several detention centers to merge. At the start of JDAI, there were 17 county-operated detention centers in New Jersey. Today there are eight, resulting in approximately $21 million in annual cost savings per year. The reduction in the number of youth held in detention has also led to a reduction in the number of youth committed to state custody, typically the costliest of all dispositional placements. Across the 21 JDAI sites active in 2019, commitments to the JJC have been cut substantially, dropping by 84.4 percent, with 880 fewer youth committed to state custody in 2019 alone, as compared to each site’s pre-JDAI year. Decreasing commitments to state custody through JDAI has allowed the JJC to reduce expenditures by almost $7 million over the past several fiscal years. As with detention reductions, the reduction in the population of youth committed to secure confinement has most dramatically impacted communities of color. 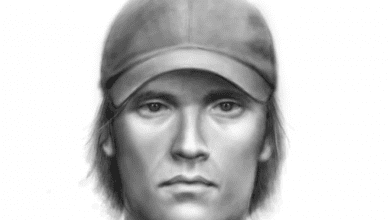 $5,000 reward offered in I-78 shooting investigation in Warren County