NEW JERSEY – New Jersey’s education system continues to rank best in the nation, but following two incredibly tough pandemic years the national picture for child mental health is worsening to the detriment of students and their educational outcomes.

“When students are well-rested and eat nutritious meals they’re better prepared to succeed in school,” said Coughlin (D-Middlesex). “Overwhelmingly the research and success stories out of other states’ school districts show that the benefits of later start times to students’ holistic well-being, in terms of both mental health and academic performance, easily outweigh the costs.”

Biological rhythms naturally induce teenagers to get to bed later, so when first period starts too early it puts more pressure on the sleep process and can worsen sleep quality. Deepening the link between sleep and mental health, a recent study found that teens starting school before 8:30 a.m. can be at particular risk of experiencing depression and anxiety.

NJAAP’s Task Force on Adolescent Sleep & School Start Times, led by Dr. Bert Mandelbaum, has long advocated for later start times and has been working to educate about the importance of improved adolescent sleep and mental health.

“Nothing has proven school districts are capable of making rapid changes to adapt and optimize student learning more than the pandemic,” said Coughlin. “With clear evidence that a later start helps students, the opportunity to take action has arrived.”

This legislation ties into the broader push by the Assembly Speaker to transform how child mental health policy is understood and perceived in New Jersey, and to improve access, treatment, and integration of care across settings. 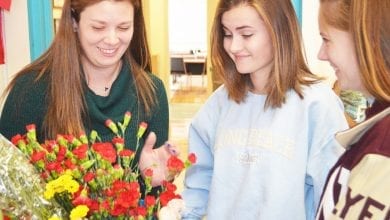