Lowe’s recently announced a commitment of more than $15 million to support national nonprofit partners in 2022, addressing some of the most critical challenges facing communities today.

The commitments, in the form of funds and product donations, will include more than $9 million to expand access to safe, affordable housing and critical home repairs and over $4 million to promote skilled trades education.

“Supporting communities that we call home is in our DNA, and we thank our nonprofit partners who continue to create a positive impact,” said Marvin R. Ellison, Lowe’s chairman and CEO. “We are committed to making homes better for all, and we are proud of our partners’ efforts to build and strengthen communities by improving housing and developing skilled trades professionals across the country.”

Through its nonprofit partners, Lowe’s aims to help make homes safe and accessible for people of all ages by supporting critical home repairs. This year’s recipients of Lowe’s safe and affordable housing support include Habitat for Humanity International, Rebuilding Together and Sleep in Heavenly Peace.

Lowe’s will also partner with Goodwill, LISC, SkillsUSA and others in the nationwide Generation T movement to continue to build the next generation of skilled trades professionals. Last year, the movement reached more than 1.8 million people through online education, in-person events and virtual learning opportunities, helping address an estimated three million skilled trades jobs that are expected to be unfilled by 2028.

Continuing the company’s rich heritage of honoring military members and veterans, Lowe’s will support the USO and AMVETS to promote skilled trades and Building Homes for Heroes, Purple Heart Homes and Operation Finally Home for housing initiatives. Lowe’s was recognized as a 2022 Top Military Friendly® Employer and as AMVETS’ Veteran Friendly Employer of the Year in 2021.

In addition to the more than $15 million commitment to national nonprofits, earlier this year Lowe’s unveiled Lowe’s Hometowns, a five-year, $100 million investment aimed at completing nearly 1,800 community impact projects across the country each year through 2026. Selected projects will be announced this summer with work to begin shortly thereafter. 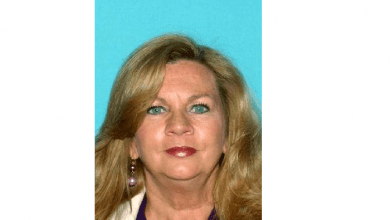