NEWTON, NJ (Sussex County) – A Somerset County man was arrested on drug charges Saturday morning after he was stopped in Newton for allegedly speeding.

While speaking to the driver, who was identified as Nicholas Guzman, 19, of Somerset, the officer allegedly detected a strong odor of raw marijuana emanating from the vehicle, police said. 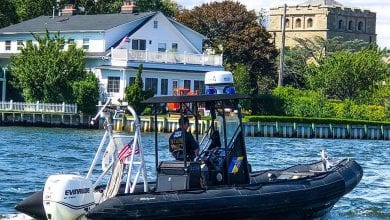