A major work zone and traffic shift is expected to take place over the next few days at the Easton-Phillipsburg free bridge, according to the Delaware River Joint Toll Bridge Commission.

The bridge, which is in the midst of an 18-month-long rehabilitation project, will have its downstream side cordoned off to vehicular traffic and pedestrian crossings.

Weather permitting, the new work zone and corresponding travel changes are expected to be put into place on Monday, Aug. 8, and remain in effect for less than four months. During this period, the closed downstream traffic lane will initially serve as a staging and loading area before being occupied by painting/cleaning containment apparatus.

The transition to a new project area and travel configuration was expected to begin on Thursday, Aug. 4 or will will start on Friday, Aug. 5 with the removal of the current work zone and containment on the bridge’s upstream side.

“If this removal process is completed without a hitch, the bridge could operate with its maximum complement of three travel lanes over the weekend before the downstream lane closure takes effect on Monday,” the commission said.

Only one traffic shift remains for the bridge rehabilitation project after the upcoming three-month closure of the bridge’s downstream vehicular lane and walkway. The third and final traffic shift is expected to begin sometime in late-November/early-December with only the bridge’s center lane being closed for a couple weeks. Only short-duration travel restrictions should be needed to complete remaining project tasks during the winter and spring of 2023.

As with the current around-the-clock travel pattern at the bridge, the Commission continues to urge motorists to allow additional time to reach their destinations or schedule trips across the bridge for less-congested travel periods.

Final project completion is currently expected to be achieved in spring 2023.  The bridge was last rehabilitated in 2001.  The 550-foot-long, 36-foot-wide bridge is the Commission’s busiest non-toll crossing. It carried a daily average of 16,500 vehicles (both directions) in 2021. The bridge has a three-ton weight limit and a 15-mph speed limit.  Bridge monitors are stationed at each end of the bridge on a 24/7 basis to prevent crossings of overweight vehicles. 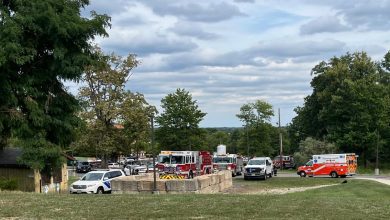 Fire breaks out in utility building at Hunterdon Medical Center; no injuries reported

Mars, Incorporated to become a Vice Chair of the Unstereotype Alliance