MONTGOMERY TOWNSHIP, NJ (Somerset County) – A Mercer county man has been arrested in connection to an indecent exposure incident that occurred on Saturday in the area of an educational facility located in Montgomery Township, according to Somerset County Prosecutor John P. McDonald.

On Saturday, October 1, a juvenile victim reported to the Montgomery Police Department that an unknown male allegedly pulled down his pants and exposed himself to her as she was walking by him in an undisclosed educational facility, McDonald said.

The juvenile victim was subsequently interviewed by detectives and as a result of the investigation, Shuai Shen, 54, of Princeton was identified as a possible suspect, McDonald said.

On Saturday, October 8, while conducting a surveillance detail at the educational facility, officers observed Shen arrive and enter the facility wearing similar clothes as to what he was wearing on Saturday, McDonald said.

Shen was observed entering the facility and then exiting a few minutes later. At this point, officers approached Shen, placed him in custody without incident and transported him to the Montgomery Police Department, McDonald said.

Shen was charged with third-degree endangering the welfare of a child and fourth-degree lewdness. He was then lodged in the Somerset County Jail pending a detention hearing, McDonald said.

Anyone with information relating to this incident to contact the Somerset County Prosecutors Office Sex Crimes/Child Abuse Unit at 908-231-7100 or the Montgomery Township Police Department at 908-359-3222 or via the STOPit app. The STOPit app allows citizens to provide anonymous reports including videos and photos. STOPit can be downloaded to your smart phone for free at the Google Play Store or Apple App Store, access code: SOMERSETNJ. Information can also be provided through the Somerset County Crime Stoppers’ Tip Line at 1-888-577-TIPS (8477). All anonymous STOPit reports and Crime Stopper tips will be kept confidential. 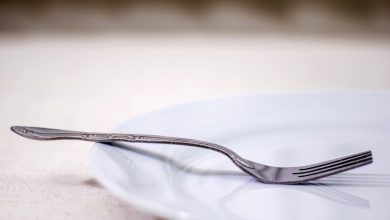 Applebee’s raises more than $98K for Toys for Tots campaign