It happened on April 2, at around 11:16 a.m., when an officer stopped a vehicle on Route 46 near Hearthstone Drive, police said.

During the course of the motor vehicle stop, an Allentown man provided a fraudulent New Jersey driver’s license as identification to officers, police said.

The man, whose name was not released, was charged with third-degree possession of a fraudulent government document. 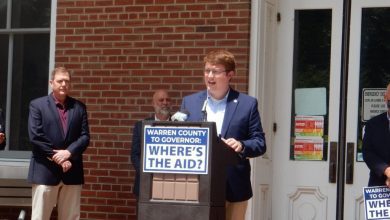