HANOVER TOWNSHIP, NJ (Morris County) – A Morris County man was charged after he allegedly assaulted an employee at a Hanover Township Walmart store, police said in a news release Wednesday.

On September 1, Joseph Kahrs, 44, Morris Plains Borough was waiting in line at the Walmart attempting to return merchandise. When he got to the front of the line, the employee advised him he could not make the return, police said.

Kahrs became irate due to waiting so long so he began to yell at the employee and threw items at her and striking the employee, police said.

Kahrs left the scene but was later located. He was charged with assault and released pending a court appearance, police said. 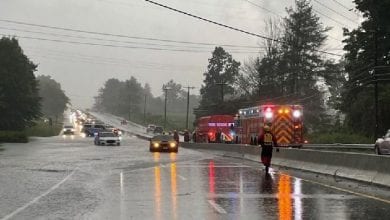