On January 30, at 5:23 p.m., police responded to the Wild Geese Mall for a report of counterfeit money. The officer spoke with the victim who advised they sold a Louis Vuitton Handbag to an unknown male from Facebook at the Wild Geese Mall, police said.

During the transaction, the suspect provided the victim with $1,000 in counterfeit $100 bills. The victim was able to provide a description of the suspect to police. The suspect was then identified as Iza N. Brown, 20, of Flanders, police said.

Brown was subsequently arrested and charged with theft by deception and forgery. He was released pending a court appearance, police said. 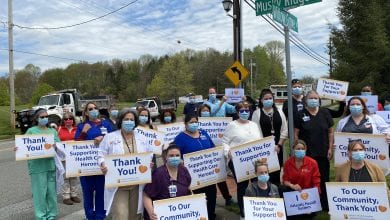 3 dead in I-80 crash in Morris County, state police say

Body of man missing from Morris County nursing home found along I-80, no foul play suspected