MANSFIELD TOWNSHIP, NJ (Warren County) – A 55-year-old man was arrested last month after allegedly grabbing a woman by the throat and then struck her in the face repeatedly at a Mansfield Township restaurant, police said

On Feb. 27, at 8:21 p.m., township police responded to an area restaurant for a report of an assault, police said.

According to police, a 55-year-old man, whose name was not released, had entered the restaurant, walked over to where the female victim was seated at a table with her friends, grabbed her by the throat and struck her in the face repeatedly before leaving the establishment.

It was determined the victim had recently ended a relationship with the male, police said.

The man was stopped in his vehicle by Newton Police and was turned over to the Mansfield Township police. He was charged with aggravated assault, simple assault and harassment and was lodged in the Warren County Jail pending a court appearance, police said. 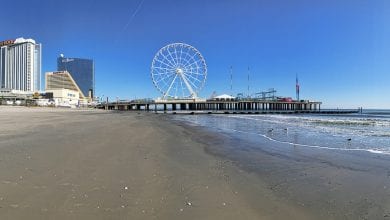