PHILLIPSBURG, NJ (Warren County) – A seven-week long investigation into the alleged distribution of cocaine in Phillipsburg has led to the arrest of a Warren County man, according to the Warren County Prosecutor’s Office.

On October 25, a search warrant was executed on a 2011 Ford pickup truck, driven by 33-year-old Eugene Burnham of Phillipsburg, in the area of Ivy Alley in Phillipsburg resulting in the seizure of over a half ounce of cocaine, authorities said.

As a result of the investigation, the Easton Police Department executed a search warrant at 548 West Berwick Street in Easton PA, and seized over 138 grams of cocaine and $23,577 in US currency, prosecutor’s office said. 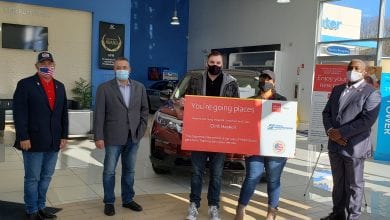