SPARTA TOWNSHIP, NJ (Sussex County) – A traffic stop in Sparta Township has led to the arrest of a man with 18 warrants.

On Feb. 10, at around 1:30 a.m., a township observed a white Toyota with tinted windows pass his location on Route 15 north. Upon stopping the vehicle, the officer spoke with the driver, who was identified as Tyrone Ellison Jr., 32, of Newark, and asked him for his credentials, police said.

Upon performing a driver’s license check on Ellison, it was learned that he had 17 warrants out of Newark and 1 warrant out of Elizabeth totaling $10,489.00. He was placed under arrest and transported to Sparta Police Headquarters for processing, police said.

Ellison was charged with failure to produce documents, driving while suspended, unlicensed driver, speeding, failure to keep right on highway and view obstruction. He was released on the Sparta Township charges pending a court appearance, police said. 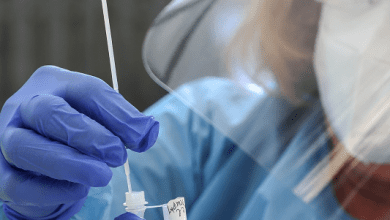 More than 109 million Americans to travel for the holidays, AAA says