TEWKSBURY TOWNSHIP, NJ (Hunterdon County) – A man went to the hospital last week after being attacked by a raccoon in Tewksbury Township.

The attack happened on September 4, at around 7:05 p.m. at Christie Hoffman Farm Park.

According to police, the 79-year-old Tewksbury Township man was attacked by the raccoon while walking his dogs at Christie Hoffman Farm Park. He reported that the raccoon bit into his pant leg and would not let go.

He sustained scratches to his arm while fighting off the raccoon and went to a local hospital on his own to be treated for his injuries. Neither of his dogs were injured in the attack, police said.

The raccoon was killed and will be tested for rabies, police said.

Police received a second report of a person being chased by a raccoon just prior to the above attack and that person was not injured.

Police urge people to use caution while walking in Christie Hoffman Farm Park.

Area residents who may have had contact with this raccoon any time should notify their Primary Care Physician immediately or the Hunterdon Medical Center Emergency Room to discuss concerns, re: possible exposure and the need for post exposure prophylaxis treatment.

It is important to remember not to pick up stray animals at any time. Saliva from infected animals should be considered infectious.

How can we protect ourselves from rabies?

All owners of cats, dogs and livestock should have the vaccination against rabies through their veterinarian or through municipal rabies clinics. For a listing of upcoming free rabies clinics, visit the Hunterdon County Department of Health Info Line website. 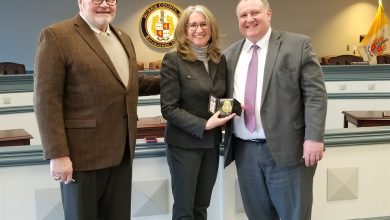