SPARTA TOWNSHIP, NJ (Sussex County) – A Mahwah man has been charged in connection with a burglary that occurred in February in Sparta Township, according to Sparta Township Police Lieutenant John Lamon.

On Feb.7 at around 2:00 p.m., officers responded to a residence on West Mountain Road for a report of a burglary, Lamon said.

The homeowners were able to determine that cash, jewelry, electronics and other various items had been taken from their home. Sparta detectives were able to secure footage from the homeowner’s doorbell camera, which recorded footage of the suspect approaching the front door, leaving through the front door with stolen items and a black SUV entering the driveway to pickup the suspect, Lamon said.

A photo of the alleged suspect was sent out to police departments throughout New Jersey and detectives were able to determine that the suspect’s vehicle was a black Acura MDX, Lamon said.

On Feb. 11, a Sparta detective was contacted by the Fairlawn Police, who identified the suspect as Christopher Murano. Further investigation led Sparta detectives to Murano’s mother’s residence, who verified that the suspect photo was her son and had been recently released from Bergen County Jail.

On Feb. 15, Wallington Police identified the suspect photo as Murano, who they had arrested in January for shoplifting, Lamon said.

On March 8, Haledon Police had arrested a suspect that was operating a black Acura MDX, which was believed to be the vehicle used in the Sparta burglary. Sparta detectives attempted to interview the suspect, but he would not speak without a lawyer. Warrants are being sought at this time for the suspect, whose name will be released at a later date, Lamon said.

On April 9, a Sparta detective was contacted by Fairlawn Police to advise that they had Christopher Murano under arrest for shoplifting. Detectives responded to Fairlawn and transported Murano back to Sparta Police HQ where he was interviewed, Lamon said.

Murano was then lodged in Keogh Dwyer Correctional Facility on burglary charges and will await his court appearance in Superior Court. 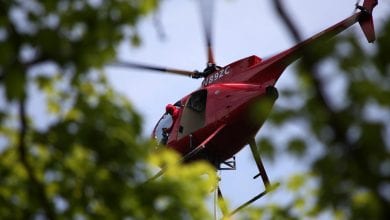