On August 12, at 6:54 a.m. police responded to a residence on the report of a domestic in progress. The man was reportedly banging on the victim’s door and violating a restraining order, police said.

When officers arrived, the man was still on location and was arrested. The victim, who is also the man’s mother, advised officers that her son had threatened to break all the windows out of her car and had directed vulgarities at her, police said.

The 31-year-old Newark man, whose name was not released, was charged with harassment, criminal trespass and violating a restraining order. He was lodged in the Warren County Jail pending appearance, police said. 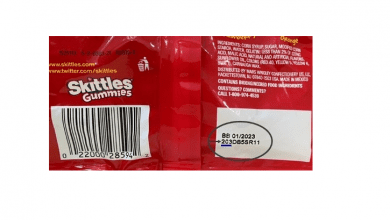 Mars Wrigley Confectionery US recalls variety of Skittles Gummies, Starburst Gummies, Life Savers Gummies due to potential presence of thin metal strand embedded in gummies or loose in the bag

Centenary University to hold commencement ceremonies for the Class of 2022