JEFFERSON TOWNSHIP, NJ (Morris County) – A Lake Hopatcong man has been charged criminally in connection with a boating fatality in Jefferson Township, according to Morris County Prosecutor Fredric M. Knapp.

Nicholas Zarantonello, 24, was charged with one count of second-degree death by vessel stemming from a boating incident that occurred on August 3, Knapp said.

It’s alleged that on Aug. 3, Zarantonello was the operator of a pontoon boat on Lake Hopatcong with two passengers, Knapp said.

While the boat was in motion, Jason Gill, 24, of Mount Arlington, NJ, who was one of the two passengers, went overboard and did not resurface.

Gill’s body was subsequently located in the water in Lake Hopatcong on August 5. It is alleged that Zarantonello was operating the vessel recklessly and while under the influence of alcohol and/or drugs at the time of the incident.

Zarantonello had also been charged with boating under the influence. He has since been released on conditions following a detention hearing.

Anyone with information about this investigation is encouraged to contact the Morris County Prosecutor’s Office Major Crimes Unit at 973-285-6200. 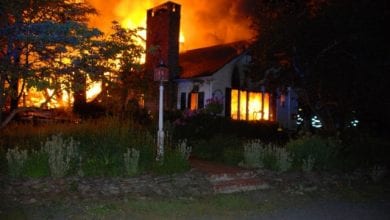