PHILLIPSBURG, NJ (Warren County) – A Warren County man has been arrested in connection with a gas station armed robbery in Phillipsburg Monday, according to Warren County Prosecutor James Pfeiffer.

Shortly before dawn on Monday, Dec. 28, the Express gas station, located at the intersection of Hudson and South Main Streets, was robbed. The lone offender was described as a male, wearing a mask and black coat and armed with a handgun, Pfeiffer said.

A K-9 track from the robbery scene led to the vicinity of the rear of 15 Reese Court in Phillipsburg, which is where Monk resides, Pfeiffer said.

Multiple tips were phoned in due to a Phillipsburg Police Department Facebook post requesting information. As a result of the tips received and ensuing investigation, charges were filed against Monk, who was subsequently arrested late Monday evening by the Pennsylvania State Police, in Lititz, PA, Pfeiffer said.

The Phillipsburg Police Department along with the Warren County Prosecutor’s Office conducted the investigation with assistance from the Pennsylvania State Police, Lancaster, PA. 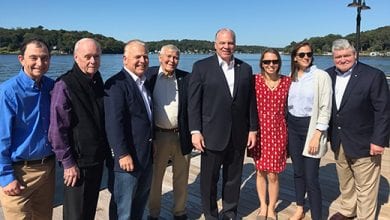