HACKETTSTOWN, NJ (Warren County) – A Hackettstown man has been charged for allegedly not coming back for his dog after he moved to California, police said.

On Oct. 2 at around 11:21 a.m., police responded to River’s Edge Gardens Apartments, located at 211 Mountain Ave, for a report of an abandoned dog, police said.

Through a polcie investigation, it was determined that Gabriel Perez, 30, moved out of his apartment in May of 2019 and moved to California, police said.

Perez was mailed a summons and charged with abandoning a domestic animal. He has a pending court appearance, police said. 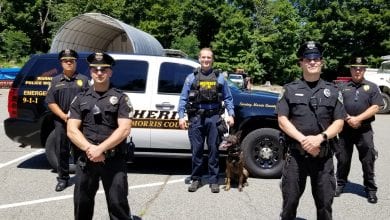 Mosquito spraying set for tonight in Hackettstown and Independence Twp.

2 charged after fleeing from police on foot